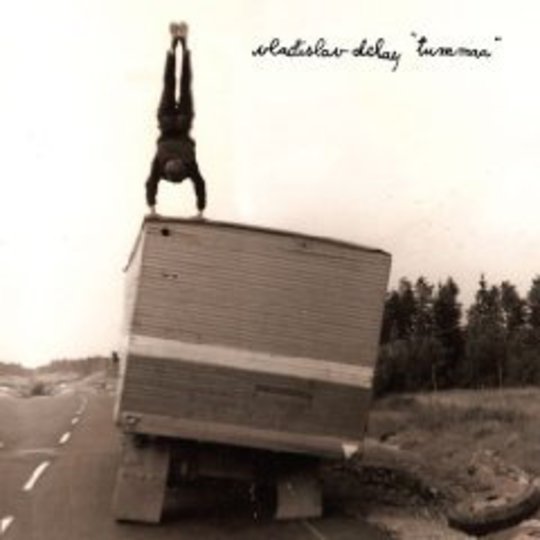 Even by his own fierce standards, Sasu Ripatti has has been tremendously prolific in the last nine months. Since the release of Convivial late last year - on which he explored his pop-house side with slick but successful results under his Luomo pseudonym - the Finnish producer has released an album as AGF/Delay with his wife Antye Greie (slightly underwhelming modernist minimal), an album as part of the Moritz von Oswald Trio (crackly live dub-meets-techno) and Tummaa, his ninth LP in a decade as Vladislav Delay. Did you get all that? Well, even if you’re entirely new to this fellow, understand a couple of things: firstly, that it doesn’t matter hugely how much or how little you’ve heard of his previously, as this is markedly different from pretty much anything he’s released before. Secondly, don’t mistake him for the sort of artist who suffers for his produceaholic nature: lack of quality control is not an ailment at issue here.

Over the years, the Vladislav Delay project has spanned a good deal of electronic subgenres, but you can generally expect some post-Basic Channel explorations in dub, or a whacked-out slab of skeletal minimalist techno (the sort of thing that gets, slightly crassly, tagged ‘heroin house’ by some). This album – seven tracks averaging close on ten minutes each – is quite the curveball. It’s mainly very quiet and contemplative, combining modern classical – British composer Craig Armstrong plays piano on most of these tracks – with modern jazz and Eno-prototyped ambience. ‘Melankolia’ (Armstrong’s old label, the one helmed by Massive Attack, was named Melankolic – is Ripatti getting meta on us here?) is the kind of opening track which tells you that if you don’t concentrate on the minutiae of Tummaa, you’re going to miss rather a lot. Armstrong takes his piano playing - generally suffused with chamber-dwelling gloom - into a place of still graver ambience, as Ripatti makes electronics and organs creak limpidly. It’s questionable whether the specific presence of Armstrong is essential to this track – it is, when all is said and done, a fairly simple recurring motif, but either way, it’s effective.

‘Kuula (Kiitos)’ is, for the most part, even more pared down: virtually free of a rhythmic thread to cling to, pulled along by drones and intermittent rising bass waves. (The title track does similar things later on, albeit with some drums kicking about.) It’s by no means a letdown – Ripatti turns his hand ably to anti-dancefloor somnambulance – but ‘Mustelmia’ - track three and one of only two not to feature Armstrong - is easier to love, if only by virtue of recalling the ‘old’ Vladislav Delay more readily. Something that may or may not be a snatch of processed digeridoo growls away as intentionally galumphing beats climb across each other, wander in and out and generally build a head of steam. You still couldn’t really do much to it in the proverbial club, although a crystalline soundsystem would almost certainly reveal elements that the impoverished home listener hasn’t a hope of being allowed to experience until he finds a £10,000 stereo setup in the street.

‘Toive’ makes so much from so little: insectoid synths jibber away, guest musician Lucio Capece plays what I assume to be a clarinet (it gets sonically upended so much by Ripatti, you can never be totally sure), a singular, crashing drumbeat repeats for seven minutes before everything goes a bit curdled and glitchy, and we start over again. It’s sort of like a scene from an ancient and very likely racist film where pith-helmeted explorers tread gingerly through the jungle towards the sound of the uncolonised savages’ tribal percussion. While winged beasts were buzzing around trying to poison them. If you were watching it while off work with flu that made you hallucinate. This is obviously a rich compliment.

In some ways, Tummaa is like the sort of thing Leaf released plenty of a decade or so ago, before they got excited about folk-rock and suchlike. Even amongst the likes of Susumu Yokota, A Small Good Thing or Asa-Chang & Junray, though, this would be at the more idiosyncratic, less immediate end of the roster. It really does reward patience, though, and is a persuasive advert for both electronic and experimental music in 2009.