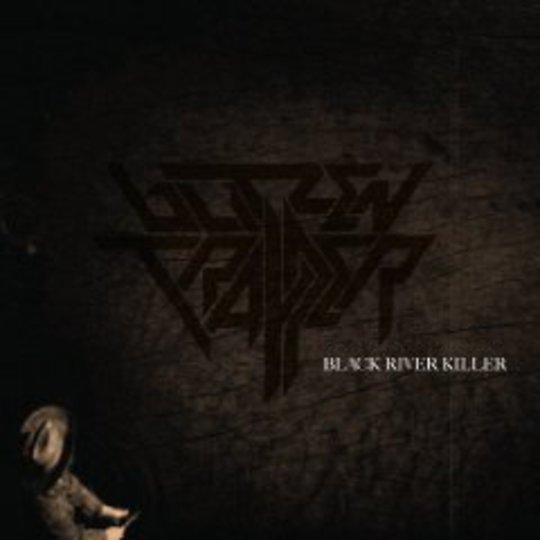 It may only weigh in at seven tracks - one of which has already been released elsewhere, the remainder previously offered only as merch table CDRs - and a little over a quarter of an hour long, but Portland-spawned Blitzen Trapper’s Black River Killer is easily substantial enough to be mildly confusing at times.

Anyone who got into frontman Eric Earley’s endearingly askew take on college-inflected, Malkmus-meets-Dylan indie-folk at the outset (for simplicity’s sake, we’ll call 2007’s Wild Mountain Nation the band’s ‘debut’ proper, while acknowledging a brace of quietly self-released albums from some four years prior) will surely raise an eyebrow over certain chunks of this little oddity.

Where once we might’ve expected - and, rightfully, delighted - to hear the familiar Blitzen calling cards of frazzled guitars and fractured vocals, there here appears to have been a distinct bit of buffing and tightening: Black River Killer is, for a couple of significant breaks during its brief run-time, a bewilderingly mature record by a band that used to look and sound like they’d recently been cast out of the hunting lodge for putting ‘shrooms in the sarsaparilla.

Thankfully though, closer inspection reveals numerous hidden flashes of those old familiar ‘Trapper traits, and together they just about manage to stop Black River Killer from feeling like a record wearing its dad’s suit. After an opening minute or so disguised as a pleasingly grizzly if worryingly predictable campfire canticle, the title track’s Cash-does-Kalifornia murder ballad (a mid-album highlight of last year’s acclaimed Furr LP) unexpectedly slips into a wobbly sine wave keyboard motif that could easily have been lifted right out of Doggystyle’s ‘Gin And Juice’. It’s a valuable concession to a bit of good honest fun; a word I’ve always been happy to pin on this great little band, and hope to be able to do so long into the future.

Other fun moments include the noodly, squalling hoedown ‘Big Black Bird’, bringing affairs to a yee-hawing close with such a painstakingly accurate riff on American Beauty-era Grateful Dead that it should probably be illegal on some level. There’s also fun to be had with ‘Preachers Sisters Boy’ - particularly when the interplanetary laser lick launches midway through, instantly morphing the song from a truckin’ Sixties radio anthem into something Wayne Coyne might keep in his back pocket in case of emergencies.

The beady-eyed amongst you will note I’m saying ‘fun’ quite a lot. That’s because if Black River Killer looks worryingly sober at first glace, I’m trying to reassure you that it’s really only skin deep, and largely thanks to tracks such as the incongruously Elliott Smith-esque hummingbird flutter of ‘Black Rock’, or the Vaseline-lensed, lyrically obtuse bereavement elegy ‘Shoulder Full Of You’ (“Deer tracks on an unmade bed / Somebody said they saw you flying / On a broken ten-speed bike”). Come to think of it, listening through this EP feels a bit like peering into an ostensibly glum little tide pool: push the grim-looking weed-cover aside, and you’re reasonably likely to catch a vaguely comedic crustacean scuttling for cover.

Mind you, there’s ‘fun’, and then there’s just plain whacked-out. ‘Going Down’ sounds like something Ringo Starr might’ve recorded upon waking in a cold sweat after too much cheese for supper - the giddily lolloping rhythms seem utterly out of sync with Earley’s rambling, vaguely paranoid-sounding lyric about “loose lips sinking ships tonight”.

Elsewhere, though, ‘Silver Moon’ is rather more like what we came for - pretty much Blitzen Trapper by numbers, in fact, with an acid-fried blues harp wah-wahing over a bruised-but-smiling stompalong about the apparent importance of “emptying the rain from a dirty glass jar” and how, both beautifully and so very appropriately, “a song is the shape of a strange balloon.”