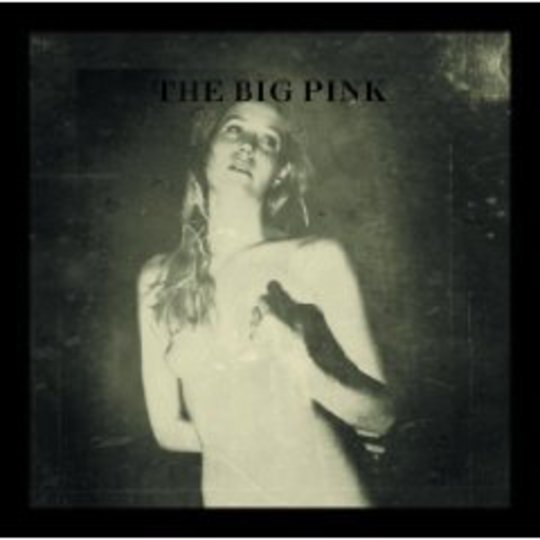 Having been hyped to the hilt pretty much before anyone outside of East London had heard a note of their music, capital-based duo The Big Pink were always going to find themselves up against it convincing most mere mortals of their musical ingenuity and integrity. And that's before we talk about their backgrounds.

Singer/guitarist Robbie Furze may have cut his teeth playing in Alec Empire's band and more recently been accused/cited as one of Lily Allen's 'close friends' by certain sections of the tabloid press, but when it comes to connections, he comes a very poor second to fellow bandmate Milo Cordell, whose father Denny was an integral part of the Island Records empire throughout the Sixties and Seventies. Indeed, prior to forming The Big Pink, Cordell himself created and still runs Merok Records, perhaps best known for releasing Klaxons' 'Atlantis To Interzone' and Crystal Castles' 'Alice Practice' on an unsuspecting public back in the day. No doubt The Enemy and their ilk will be turning in their makeshift beds at such silver spoon-enticed behaviour; perhaps they'd be right, if it weren't for the fact that for a good two thirds of A Brief History Of Love, The Big Pink actually live up to and occasionally exceed the rhetorical exaggeration that precedes them.

Despite being named after The Band's seminal Music From Big Pink, it would be fair to say that The Big Pink's own musical palette of influences is mainly drawn from the Creation Records back catalogue some two decades later. Strangely enough, when yours truly suggested this to a hungover Milo Cordell at this year's Camden Crawl, his defensive response that TBP were in no way whatsoever a shoegaze band couldn't have been more convincingly asserted were it not for the ear-shattering noisefest they conjured up in Dingwalls a few hours later. Certainly throughout A Brief History Of Love they do attempt to variate their sound, and the clever use of beats that punctuate all 11 pieces here almost creates a Mezzanine effect. However, at the end of the day, there's no escaping the fact that The Big Pink are at their most vibrant creating slabs of layered industrial white noise, not least because Furze's desolate drawl is more symbiotic with such bombastic accompaniments, as opposed to the more withdrawn sentiments of say, 'Love In Vain' or 'Tonight', easily the two most forgettable moments on the record.

Herein lies the main problem with A Brief History Of Love; for every two examples of genuinely inventive nous, comes one unnecessary piece of drab filler that ultimately prevents this album from entering the vaults of greatness its creators no doubt aspire to achieve.

Let's concentrate on the positives: the record's opening triple whammy is as good a start to an album as you'll hear all year, Primary Colours, Two Dancers or otherwise. Opener 'Crystal Visions' blissed out ambience chimes into life courtesy of Furze's simple guitar riff before building up, the singer imploring that "they're waiting for us to arrive" before doing so in style. Debut single 'Too Young To Love' is next, re-recorded and re-mastered here as a tidal wave of brutal noise and hardened beats that may or not be about being misled by jailbait of the opposite sex, but sounds menacing all the same. The threesome is rounded off by current single 'Dominos', easily the most radio-friendly composition by The Big Pink thus far, and a song whose chorus is more terrace anthem ("these girls fall like dominos") than sonic tidal wave, and maybe exonerates Cordell's dismissal of the much-maligned genre after all.

Sadly, A Brief History Of Love loses impetus for a short while after, the pedestrian 'Love In Vain' and confusingly bereft of tune 'At War With The Sun' disengaging the listener until album centrepiece - and undoubted career highlight to date - 'Velvet' puts both record and band back on track. Quite simply one of the most astonishing pieces of music written in recent years, both musically and lyrically astute and with a chorus to die for ("these arms are mine, don't mind who they hold"), 'Velvet' is possibly one of the top five singles of the decade, let alone 2009. Yet by some quirk of fate - see also The Beta Band with 'Dry The Rain' or The Walkmen's 'The Rat' - 'Velvet' could yet prove to be the albatross around The Big Pink's neck as anything and everything that bears their name after will surely be compared and contrasted in anger.

Again, there's a dispiriting drop in standards as more filler coasts along aimlessly until the title track engulfs us in a haze of fug and percussion. 'A Brief History Of Love' - a gorgeous duet between Furze and backing singer Jo Apps - would be the highpoint of many an album were it not for some of the exceptional highs that have passed here beforehand, once again hinting that The Big Pink are at their most engaging and atmospheric treading the same unnerving path as say, The Velvet Underground and My Bloody Valentine. Once more, the insipid 'Tonight' briefly disappoints until the smacked out fervour of 'Count Backwards From Ten' brings the record to a close, sounding like a cross between Siamese Dream era Smashing Pumpkins and the Cocteau Twins at their opiate infused best, Furze pleading "to see that little glow again" in his lover's dying eyes.

For an outfit who've been heralded as the industry's great white hopes of 2009, The Big Pink undoubtedly have several moments of pure genius here, but ultimately, A Brief History Of Love lacks the consistency to elevate it from the status of a good debut album to that of a great one.