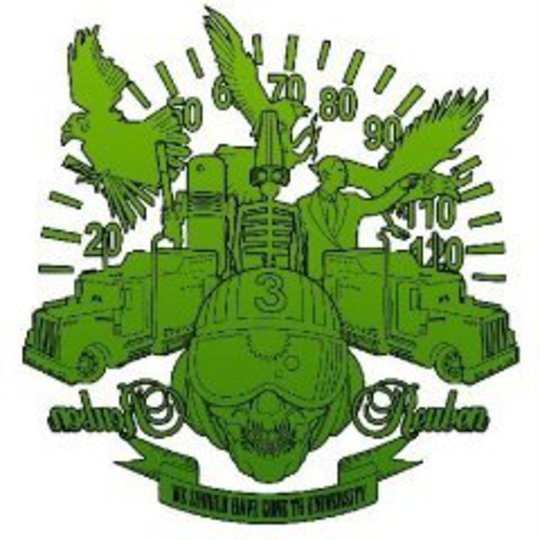 Reuben liked a whinge. Despite their obvious affability and a smattering of fanatical support, few bands have bemoaned their lack of success through song as frequently. ‘Return Of The Jedi’ on their patchy second album Very Fast Very Dangerous is seven minutes of bile spewed over the subjects of illegal downloaders, working part-time as a waiter and the expense of making videos. The title of this posthumous b-sides and rarities compilation echoes the mood of tired resignation that bled from their sudden dissolution last year.

I put Reuben in with the peculiarly southern group of early Noughties British nu rock groups, who created a more palatable, punky noise out of the down-tuned guitars and angst-dipped lyrics flogged by the execrable American bands of the era. Reuben sit somewhere between short-lived success stories Hundred Reasons and Hell Is For Heroes and forgotten also-rans like Vex Red, Crackout and Fraid. Another thing Reuben did more than most in their lyrics was namecheck influences: Glassjaw, Every Time I Die, and Helmet were all mentioned on album tracks. Reuben lacked the screamy edge of the former pair and the macho muscle of the latter, but made up for it with a killer ear for catchy choruses and a clear attention to detail in their music.

At 47 songs long, it goes without saying that this is a package for existing fans. Despite the humour Reuben displayed in videos and interviews, they weren't a band for throwaway fuckabout songs or tossed off studio experiments, so two discs of music and a DVD featuring all their videos and a Download set, (sadly not provided for consideration in this review) represents good value. Arranged chronologically, WSHGTU begins with debut EP, Pilot and singer, guitarist and leader Jamie Lenman audibly straining to find his voice.

Unfortunately it's with a chorus that goes "I can see angels / I can see angels / I can see angels / and they're so holy" on ‘Death Of A Star’, while 'Words From Reuben' reaches for Pearl Jam’s early epic heights but falters, falling closer to the awful InMe. First single ‘Scared Of The Police’ is a marked improvement, escaping shamefully tinny production with the sort of lopsided pop nuances that would become their calling card. 'Let’s Stop Hanging Out', here as ‘single version’, could have been their break. It’s well written, succinct, and catchy, but like so much of their material it's so tightly wound that it struggles to transcend itself.

By ‘Alpha Signal Five’ they’ve comfortably hit their stride as writers of ferocious shoutathons and ‘Push’ also has an urgency and brevity that’s missing from a lot of these selections. A cover of Gorillaz's 'Feel Good Inc' nails the balance between humour and straight-faced faithfulness, and on this evidence Lenman could have plausibly incorporated entry-level rapping into his songwriting palette. Let’s take a moment to pause and silently give thanks for the fact that never happened.

There are moments of turgid leaden dullness, as you’d expect from any rarities comp, let alone one that’s two and half hours long. 'Blitzkrieg' is a faintly embarrassing self-help pamphlet for the under-confident set to a bass riff Kim Deal could write on her deathbed. 'The Last Time' proves conclusively that Reuben were right to stay away from mournful acoustica for the rest of their career. Nice accordion, though.

Despite their quietly clever playing, their rocking hits-in-waiting and their tight power as a live band, Reuben were ultimately ploughing a hugely unfashionable musical furrow. They presented themselves honestly, unpretentiously, and without mystery. This is a disastrous strategy for any band trying to get big quick. Ardent Reuben fans proclaim Lenman as an overlooked genius, but adoration only gets you so far. How many Coldplay album buyers would fervently bend your ear in the same way? Widespread popularity means being easily ignorable, something nice to have on in the background. How incredibly frustrating it must be for bands Reuben's size to be so loved but so resolutely unsuccessful. The title of this album is probably a lot closer to the truth than most suspect.

For the most part, though, Reuben made workmanlike b-sides which tend towards meat and potatoes rock a bit too often. As a package for the devoted hardcore this is hard to fault, but there are far better places to start if you’ve never heard Reuben. Try debut Racecar Is Racecar Backwards, essentially an ‘early years best of’ or the earnestly ambitious final record In Nothing We Trust. If nothing else, they’re testament to the wrongness of sentiment in this collection’s title, however keenly Reuben’s members might be feeling it now.