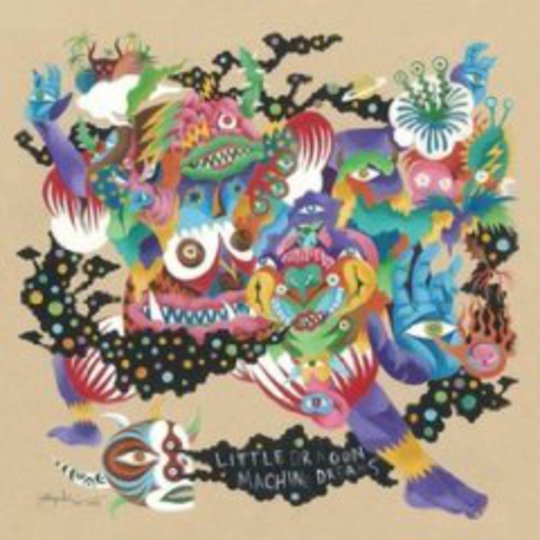 In a year where La Roux and Little Boots have done their darndest to turn electro-pop into a dirty phrase, Little Dragon offer something that little bit different with second album Machine Dreams.

Yes, the influences are obvious. Jarring Eighties synths, sultry R&B vocals, groove-laden rhythm section – a la mode is the phrase that comes to mind. It’s no wonder names like Prince, Lykke Li and The Knife are banded around haphazardly. While it may sound like a familiar recipe, there are fresh treats to be had here. Tracks like ‘My Step’, ‘Feather’ and ‘Blinking Pigs’ have that unique ability to transcend seasonal musical folly, there's nothing 'now' or 'then' about them - you can listen to them any time, anywhere, any weather and still be pretty pleased.

Those influences - or at least the Prince angle - also bring one thing to mind: sex. I’ll make a valid attempt from hereon in not to descend into some sleazy FHM back page snippet, but you have to admit, La Roux, Little Boots - they don't make sexy music. Machine Dreams, on the otherhand, has some fucking sexy moments. Those previously mentioned highlights have the sort of pace that would keep a young Tom Jones on his toes (had he had the odd dalliance with space disco infused pop). You may find them rather slight, fleeting pleasures, but that's what many sexual experiences are. Momentary.

Machine Dreams certainly doesn’t have any sentimental power. It’s built for the sort of wistful, flippant engage of physical necessity that our society is now based on. It’s less likely to be heard with candlelit ambience and more with the sort of subtlety the strongest beer goggles can give you. For those with the unquenched libido of a teenager, the immediacy of ‘Runabout’ and ‘Looking Glass’ will be wonderful inclusions on those throwback compilations of yours on the sort of wax stained, scratched CD that only gets put on in debauched late night sessions that you’re bound to forget.