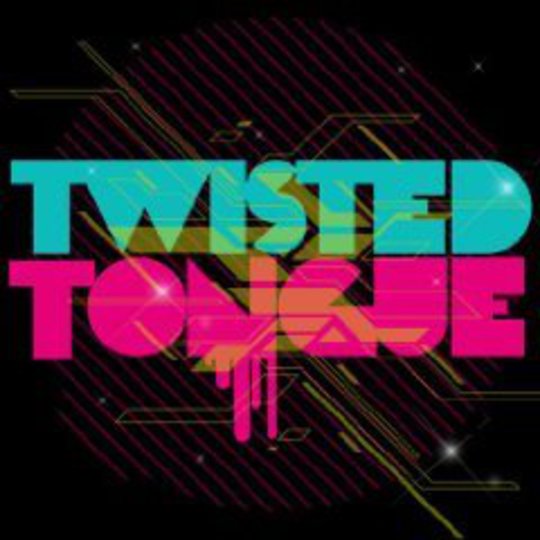 On first listen all of the tracks on the self-titled debut by Twisted Tongue sound rather like Mighty Boosh songs. Which may say more about me and the painfully cliched demographic that I fit into than it says about the music. I'd like to think, however, that some humour did go into the making of this album given song titles like 'Oh Father! My Own Nunk Band!'.

The same humour that (press release namedropped) Morris Day & The Time filled their OTT partytime jams with. A lot of namedropping goes on with Twisted Tongue, in fact. All of it seems engineered to make this record sound a lot more heavyweight and considered than it actually is. A Funkadelic here, a Pigeonhed there. The aforementioned Morris Day.

BUt all of it's hollow and meaningless when measured against the actuality of this repetitive, turgid genre exercise hitting your ears.

They've even given the song titles, packaging and 'narrative' a futuristic theme, ferchrissakes. Oh, and they've coined the very soon to be forgotten term 'nunk'. Crazy.

The press release proudly states '...Twisted Tongue represents a carnival of production excellence.' So basically we're supposed to respect this band based solely on the other bands they're trying to sound like and how good they are in the studio.

To be fair, if that's the sum of what they hope to achieve with this then they've done an excellent job. It sounds exactly like a couple of studio jockeys attempting to flash their record collections and their desk skills. It's lifeless, soulless, and has exactly zero personality. The exact opposite of every single band they hope to emulate. It comes as absolutely no surprise to learn then that the two members of Twisted Tongue made their names as session musicians and soundtrackers.

And it goes on forever. Jesus guys, don't run a jam into the ground if it doesn't kick in the first place. Repeating a bass line for six minutes won't make it any better. This is the kind of music that you hear wafting inoffensively over the speakers of late night wine bars. The kind of place you end up when everywhere else is closed and the only beer you can get is a Corona. It's not as sexual as funk should be, it's not as off-its-tits crazy and, most insultingly of all, it's not even funky.