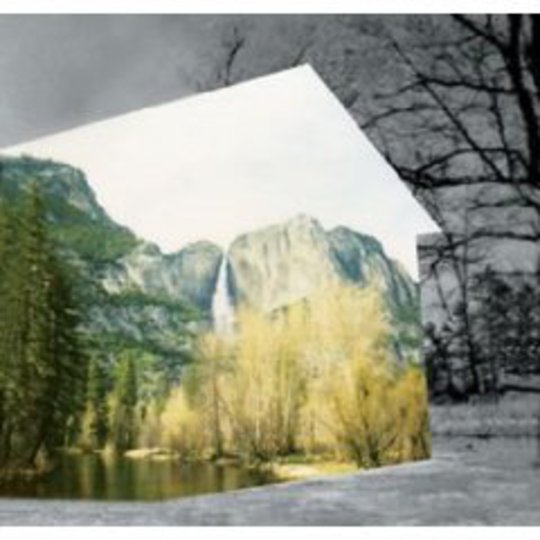 In Duncan Jones’s recent film Moon, Sam Rockwell’s protagonist deals with the anxiety of replication, waking up from a crash on the lunar surface to discover that there are suddenly two versions of himself. His character goes through the gamut of emotions, a mixture of fondness and understanding towards this other avatar, and obvious existential angst regarding the repercussions on his own sense of identity. When in the presence of a double, which of you is the real one? Which contains the essence of you? And if neither does, was there truly any essence to begin with? Recently my Hotmail account became infinite; that is to say, theoretically I could store as many emails as I wanted on the system. Whether or not this is actually plausible is something of a moot point, rather than the fact itself that the act of storing and replicating is now so inexpensive and the data itself minuscule enough for the finite to be forgotten.

Markland Starkie, the figurehead behind the Sleeping States moniker, deals in replication, his music full of conspicuous sonic doubles, layered vocals and harmonies and swooping guitar lines. Live, Sleeping States often comprise three guitarists, each individual riff mimicking and complimenting its counterpart’s. On an earlier album he beautifully covers Diane Warwick’s ‘Don’t Make Me Over’, his own voice - turned into a tone via a Casio keyboard - the only instrumentation. Rather than be empowered by this symphony of selves, Starkie instead transforms the song’s original power into pure loner’s pathos, “respect me for what I am” becoming a sad lament over the background cooing of so many different Starkies. There are other English artists who deal in loops and harmonies, but none quite so poignantly. David Thomas Broughton (whose ‘Ambiguity’ is here mirrored by ‘Breathing Space’s chord sequence) similarly covers himself over and over, but with the strange fervour of a mad evangelical, his own original self erased in the fury of so many other voices.

In The Gardens Of The North is Sleeping States’ second album (proper), and their first on Bella Union. The press they’ve received compares them with Grizzly Bear, yet this seems to me as unfair as comparison with Broughton – all three acts use harmonies and multiple voices, yet in very different ways. Whereas, to me, Grizzly Bear’s much touted sound almost masks a strangely conservative core to their music, Starkie’s own use of layered noise is built around the content – opener ‘Rings of Saturn’ gradually leading to a ringing crescendo of drums, bleeps and feedback. The album was recorded in the woods near Bristol, the songs punctuated by birdsong strangely at odds with the very man-made feel of the music, all words and febrile technology and ideas. Indeed, In The Gardens Of The North seems full of mirrors and opposites, the lyrics returning to the contrast between wake and sleep, between nature and the city – ‘The Next Village’ tells us how Starkie will sit in a soon-to-be-painted room and “watch the planes go by”, whilst following track ‘Showers In Summer’ describes the effect of falling rain on a loved one (“I’ve never seen you so still”).

Daily life is slow motion, and sleep is rapid escape – over a longing chorus of sighs, Starkie confides, “I feel desire in the night”, his current summer self (“my arms red as I write this”) contrasted with the past winter spent with a lover (“the pools of your eyes and your mouth”). Here, time itself creates multiples selves, each overlapping and able to look back on the other, their identity interwoven like Starkie’s own sibling background voices, the titular ...Gardens Of The North mirrored by the track ‘Gardens of the South’.

Music itself can encapsulate these strange subconscious thoughts, creating vague and fluid memories and identities. As Mucho Maas, Thomas Pynchon’s enlightened DJ from The Crying Of Lot 49, puts it: “when those kids sing about 'She loves you,' yeah well, you know, she does, she's any number of people, all over the world, back through time, different colours, sizes, ages, shapes, distances from death, but she loves. And the 'you' is everybody. And herself.” ‘A Spiral Not Repeated’ depicts, over an unsettling electronic tonal shift, a day as a series of overlapping circles (“spiralling the influence of your days”) the song ending with avant glitches and a spooky whistle. Then suddenly we move into the upbeat semi-indie of ‘The Cartographer’ where, again, the protagonist's waking life is trapped by the city, its repeating circles and coiling roads. The character maps the city, its pictorial representation somehow more liberating than the original, like the dream that seems freer than the life that bore it - “at night we’re overtaken by the urge for flight”.

Yet In The Gardens of the North perhaps fails to come down on either side of the line – neither for dreams nor for real life, neither present nor past. The wordiness of the album, its strangely stately production, can at times make it feel heavy, weighed down by the burden of its concepts. Yet maybe that dark undercurrent is the point, Starkie’s songs capturing people trapped in their town, dreaming of an alternate, parallel life of escape, or writing whilst sunburnt, dreaming of a colder time. At the end of Adolfo Bioy Casares’ The Invention of Morel, after discovering that his love is a replicated animation, caught in an ceaseless loop (like Starkie’s “spirals” and “routine”), Casares’s protagonist chooses to cast himself as a replica too, their routine endlessly repeating, mimicking the impression of familiarity. Ultimately he requests only that he should be allowed to “enter the heaven of her consciousness”. In modern life finding meaningful escape - as Starkie understands - can be hard.