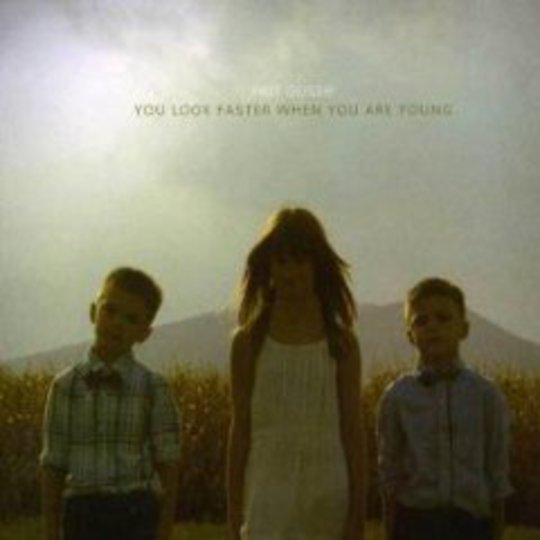 Just to clear it up first: this particular Hot Gossip is not related to the British dance troupe of the same name responsible for the 1978 hit ‘I Lost My Heart to a Starship Trooper’. Oddly enough, this is something of a disappointment: while the latter is a somewhat guilty yet enjoyable slice of pop pleasure, the former is another forgettable piece of derivative schmindie nonsense.

There’s something a little bit inscrutable about You Look Faster When You Are Young. It almost seems as if the band have, for some reason, looked at the half-hearted excuse for guitar music this country is guilty of producing and decided it is something to be emulated. When Italy has such a rich musical tradition - indeed one of the best records of the year has come from there in the shape of Zu’s Carboniferous - deciding to sound like The Rakes seems like an even more baffling choice. You’ll have heard the same sort of thing from every band who’s shamelessly plundered the original new wave/post-punk bands of late: lazy disco beats; uninspired 'jerky', trebly guitar; vaguely dub basslines – it’s all here.

In fact all the bands Hot Gossip steal from (there really isn’t an original note on the album) seem like pretty poor choices. As well as Alan Donohue, singer/guitarist Giulio Calvino seems to be channelling Jamie Reynolds from Klaxons. ‘At Night’ starts like an Oasis album track. ‘Call The Rangers’ sounds like The Fratellis, for God’s sake. Actually, so does the following track ‘You Better Know’, and if you hear a more plodding, lumpen piece of shit this year then I really do pity you. You know something’s gone terribly wrong when the first few seconds of a song sounding a bit like Les Savy Fav provides something of a highlight.

Of course it’s not all abjectly terrible. Few things are. ‘You Name It’ benefits from being barely over a minute long, and while almost every average guitar bands seem to be adding keyboards to their sound, the buzzing synth line really does make it feel like a proper breath of fresh air. Similarly, the ending of ‘What We Are’, aka Elastica’s ‘Connection’, is one of the rare points where the album actually has any energy. But it seems pointless wading through the rough to find these small diamonds, especially when the abomination of silly singing and guitar noodling that is ‘Cops With Telephones’ comes along and ruins any goodwill the record has built up.

It’s difficult to really hate anything this bland and unoriginal. It’s not evil as such, it’s just terribly depressing and desperately dull, and you’ll have heard a thousand things that sound more or less the same as it. Even the song titles are boring and unmemorable. Hopefully bands will soon stop drawing from this increasingly empty guitar-based well, or at least those without the ideas to make it sound fresh. Any gossip that will happen to surround this band will most likely be lukewarm at best.