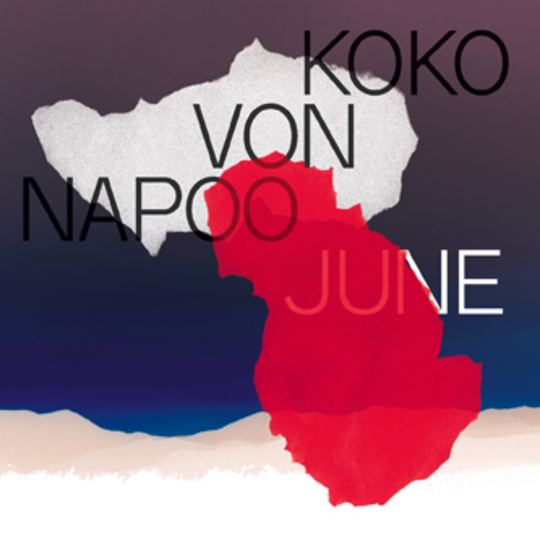 An NME quote proudly emblazoned across the press release for Koko Von Napoo's June EP describes them as 'Topshop-electro-pop-punk', which seems both execrable and yet still relevant by dint of its panoptic vagueness. The NME quote, that is. There is nothing appalling or vague about Koko Von Napoo. But theoretically they could fall within the so-broad-it's-almost-meaningless label of pop-punk if you consider that once upon a time pop-punk was shorthand for an act that sought to marry the singularity and rough edges of punk with perfect pop hooks. A long time before record companies realised this was the style that could repackage boy bands for a hip, streetwise new generation. Before the biters caught up with Ash and Weezer.

So, if you must, Koko Von Napoo are electro pop-punk. Finding their grit in the new wave, the outré synths of Suicide and Jean Michel Jarre jostle for position with savvy takes on mainstream melodies espoused by groups like Blondie and Altered Images. All of their influences are delivered through a dreamily perverse Gallic fug, vocalist Toupie sounding like a cross between Le Tigre’s JD Samson and the choir of French schoolchildren who sang on the opening track of Add N to X’s Adding Insult To Injury LP.

The pick of the songs on the EP, '2 Rocky', rebuilds itself after the first chorus, dropping its ordinary start for a mystique and angular posturing which hardwires itself to the central nervous system like a rush of sugar or romance. Koko Von Napoo may be electro-pop-punk but, really, they are too much fun to deserve reduction to a weary journalistic soundbite.