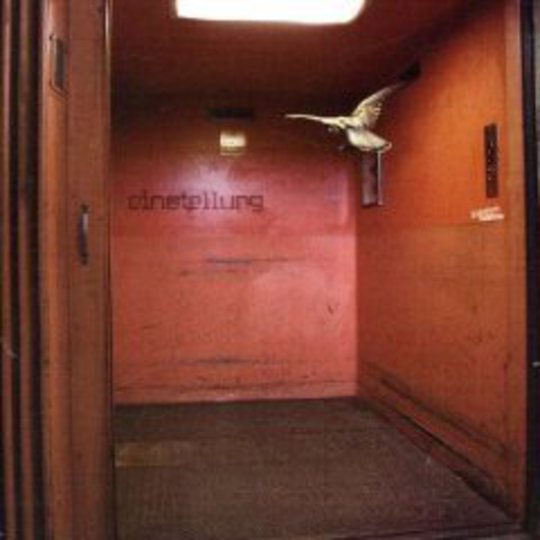 The writer of this review is not a member of Einstellung, does not know Einstellung and has never knowingly met any of the members of Einstellung. As such, the only evidence he has to hand for accusing the Birmingham quartet’s German-language name and exclusively German-language songtitles of being an affectation is that the members are called Si Rider, Steve Hough, Andrew Smart and Andrew Moscardo-Parker. True, they could have grown up in an army base in Mannheim or something. Still, ‘Tot’, the opening track of six on Wings Of Desire features extensive use of the voice from a ‘teach yourself German’ cassette. Conceivably, it came in handy for more than mere sampling purposes.

Initially released on CD in 2007, and not as widely available as it might have been, Wings Of Desire is being released on vinyl for the first time by Capsule, the Brum-based promotional entity who are responsible for the best music festival in the UK, the just-gone Supersonic. Einstellung came together in 2003 but have a greater depth of experience: Hough’s involvement in bands goes back more than two decades, having previously made an industrialised din with Godflesh contemporaries Cable Regime. Other members have done time in – among others – early-millennium post-rockers Grover and bellbottomed stoner types Sally, one of those bands on the Rise Above label who didn’t exactly turn out to be Electric Wizard.

It’s easy enough to pick out threads of all the ‘ex-’ bands above during Wings…’ 65 minutes, but Einstellung’s foundation is Krautrock. Songs tend to be lengthy and hypnotically repetitive but clearly the product of people who love rock, just as Neu! or La Dusseldorf had their roots in rock’n’roll. ‘Schwester’ is probably the sort of thing people have been thinking of in the past when they’ve ventured similarities between Einstellung and My Bloody Valentine; that is to say that much of its duration is spent picking the listener up, carrying him to the runway and letting him admire the turbined bellow of the jet engines. This mode of searing feedback relies less on texture than MBV, though, and more on just being loud and constant. ‘Konstant’ (ooh, a segue) finds the riffs growing fatter to the point of almost-doominess; ‘Ungeeignet’ maintains the heavy and pumps up the distortion until it’s glutinous, tarry and enveloping, worthy of the crypto-Sabbathian sludgefuzz of Bardo Pond.

‘Ich Auch’ has a similar feel to what Mogwai were poking at as youngsters circa Ten Rapid and Young Team: propulsive, vaguely funky cruise-control instrumentals that casually kick into whirlpools of distortion. It would have found a very comfortable home in the independent UK scene of 1997 or ’98, where a plentiful array of bands released an often prolific amount of records on a shedload of largely bedroom-based and now mainly defunct labels. Realistically, five years down the line Einstellung might be as dimly remembered as 90 per cent of these bands, rather than enjoying the career opportunities and relative luxury afforded Mogwai. And Wings Of Desire will still be a good – if never quite leaping to ‘excellent’ – record made with, and embodying, an admirable independent spirit.