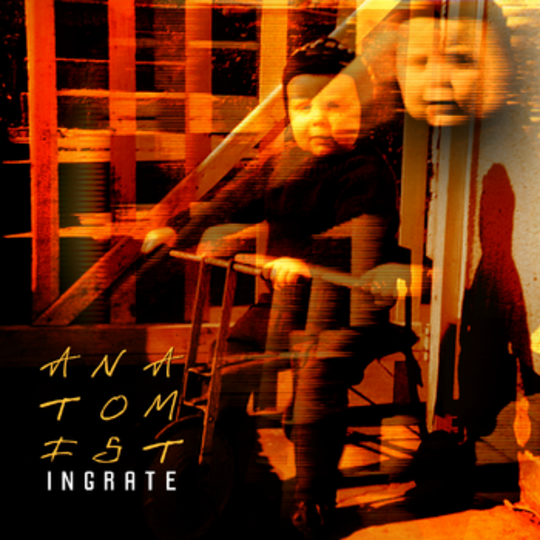 Anatomist is a man who lives in Cardiff who could properly be addressed as Neil Sweet if, I don’t know, you were to get the Megabus to Cardiff to search out the man who made this highly impressive album of nocturnal, IDM-steeped dubstep and found him in Borders reading magazines. Ingrate, his second full-length album, might not quite prompt such wild enterprise, but it is his most accomplished work by some distance. He’s never played live with any great regularity and all his releases to date have been on the Machine label - also Cardiff-based and dedicated since 2002 to releasing off-centre electronic music in short-run CDR and download formats - so the chances are you won’t have heard of him. Personally, it’s a treat to be able to right wrongs, big-up deserving parties and suggest that you hear this. Available at machine-records.com, reverbnation.com and peoplesmusicstore.com, it’s a download-only release. But for pity’s sake, don’t settle for running this through your standard-issue computer speakers as this would be a freaking injustice.

His last brace of releases, the Dirt Famous EP and a freebie grab-bag called Inadmissable Evidence, both made it clear to the curious downloader that Sweet was crushing on the home-listening wing of late-Noughties dubstep. Heavy-lidded halfstep beats and pitch-twisted, incorporeal vocal samples suggested that Kode 9, Bass Clef and (especially, inevitably) Burial had found their way into his ears. All good and commendable, but hardly a unique trajectory. As such, it’s good to note that Ingrate finds Anatomist increasing the BPM and crafting something you wouldn’t feel terribly self-conscious dancing to. Or, at least, the hypothetical ‘you’ reading this who likes dubstep to the extent where they might dance to it.

Certainly, his mid-Noughties work gave little indication that he might end up here in four or five years, being glitchy headphone-listening oddball techno sometimes suggestive of Mouse On Mars. Sweet might not have been feverishly listening to dubstep in 2004, then, but neither were that many other people. Consider here drum’n’bass turncoat Martyn, teenage punk rocker Ikonika or Ulster IDM head Boxcutter: the bottom line being that if more musicians were cowed into maintaining a singular style throughout their recording career, for fear of being accused of badwagoneering and profiting off the groundwork of others, a fuck of a lot of great music never would have been made.

‘Staggered’ and ‘Aftermath’ are textbook examples of how electronica can transmute into dubstep without the result washing out the positive elements of each form – gloomy digidub speckled with sparkling melody. ‘Glider’ is an occasion where the elements – bright, almost piercing tones and disorientingly sequenced drums straight out the late-Nineties IDM scene – don’t really come together. It sounds like something Autechre might have abandoned 25% of the way through. Nevertheless, Anatomist bounces back right after with a strong contender for Ingrate’s best cut. Last year brought a few releases that had the logical but excellent idea of marrying dubstep’s low-end creep with the cinematic synth-rave of Orbital, and ‘Insidious’ is well up there with the (slept-on) Ital Tek album, or the two Ikonika 12-inches. He reverts back to his trusty old weapon of steam-puffing techno near the end, on ‘Scant’, but it doesn’t feel out of place.

Without wishing to sound like an obstinate dad refusing to accept that the world has moved on and switch from Betamax to VHS, this music is done a disservice by being confined to the MP3 format. It means that a lot of people who hear it won’t do so properly. Like I say, Anatomist has never been an especially keen live performer, but it would be great – and deserved – if some of these jams took root in the real world by way of getting played out at dubstep nights.