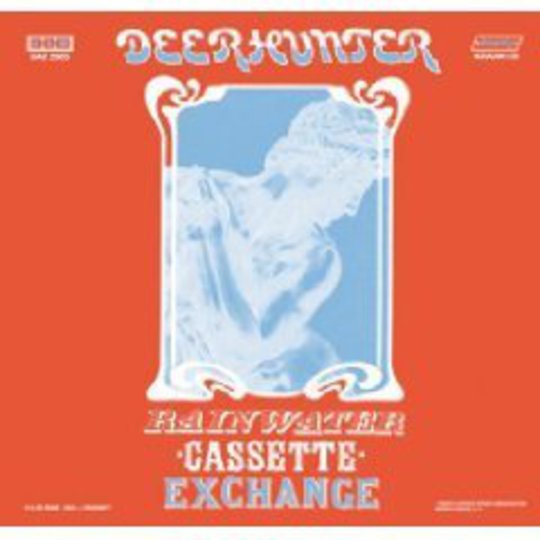 It’s a quiet, eerie moment on a quiet, eerie record, the hellfires of Turn It Up Faggot finally extinguished completely, few traces of their ravages in the album’s hazy expanse of quiescent shoegaze and pre-Beatles pop, quietly slipped out in the same package as last year’s ‘official’ album Microcastle. Following a leak that stopped Weird Era... becoming the fan surprise Cox had intended, the ever-whimsical frontman at one point suggested he might scrap it entirely; it’s as well he decided not to, as quite aside from it actually being the better of the twin records, Weird Era... was clearly more emblematic of the direction the band are headed in, if new EP Rainwater Cassette Exchange is owt to go by.

It’s a strange little thing, five tracks in 15 minutes and by far the most introverted thing the band has ever committed to tape (quite literally in the case of the special edition), and at first it's perhaps a little slight, a product that seems as much about indulging Cox’s nostalgia for the cassettes of his childhood as attempting to match the cold-seeping majesty of 2007’s Flourescent Grey EP.

But then nostalgia is, in a way, what Deerhunter do best. Not a dewy-eyed craving for a simple world of black and whites ala Oasis or UKIP; but rather exploration of the very sensation of nostalgia. Songs like ‘Vox Humana’ and the unutterably gorgeous ‘Twilight At Carbon Lake’ were both steeped in the same slightly sinister evocation of a Fifties America that runs through David Lynch’s finest works, while Cryptograms’ ‘Hazel St.’ and ‘Heatherwood’ tap deep into childhood memories, bland patches of anonymous suburbia invested with the mystical significance of formative years. And, of course, there are songs like ‘Operation’ and ‘Quarantined’, Cox’s repeated attempts to come to terms with a youth spent suffering with Marfan Syndrome, in and out of hospital and locked in darkened rooms.

All these threads and more find an intersection at the Rainwater Cassette Exchange, which may not possess the air of a defining musical statement, but nonetheless represents a continuation and culmination of the themes in much of Deerhunter’s music to date.

Side one consists of three tracks, all shy of two and half minutes: the dubby haze of the title song, the plaintive, off-key build of ‘Disappearing Ink’ and the thick, low register buzz of ‘Famous Last Words’. Guitar fury – even discernible guitars – are pretty much out, though oddly this updates the sound somewhat; maybe it’s being sidetracked by the cassette format and the obvious allusions to Cox’s childhood on side two, but you can’t help but make various Eighties comparisons with the music, the dubbier end of post punk combined with the tuneful brevity of - what else? - C86.

Rainwater Cassette Exchange’s heart lies with side two’s brace of much longer tracks, most especially ‘Game Of Diamonds’. Strongest entry in an already strong canon of Marfan-childhood songs, it’s delicately staggering, a soft, sobbing roll of percussion that makes you tear up a little just by itself, over which Cox retells his story in a misty deadpan: “no-one ever talked to me, I’d forgotten how to speak, a problem with my chemistry.” It’s oddly un-self pitying, filtered through lead crystal layers of memory, a 27-year-old who has found a measure of success looking back across the years with a need to remind himself it really happened as much as any pain.

The concluding ‘Circulation’s first two minutes are lovely, a woozy spiral of guitar that fades in out of nothing and remains achingly clear of quite coalescing into something, tantalising you like a half-remembered dream as a delayed-up Cox looks back again, perhaps: “shame on your doctors, oh how they fooled us, oh how they locked us into their traps”. And then it pitches over into the astonishing second half, a wiry chime of ascending guitar circling and seeding a hubbub of Halloween children’s chants and half-forgotten radio snippets, a chittering wave of tingling childhood signifiers that feels like the apotheosis of a certain strand of Cox’s writing.

For all its abundance of great tunes, Microcastle had a note of impending impasse, Deerhunter’s short but prolific career seemingly progressing on a trajectory of normalisation that’d soon leave them a conventional indie-pop group with a few extra FX pedals. But what Weird Era Cont. and ‘Twilight At Carbon Lake’ suggested, Rainwater Cassette Exchange confirms – Deerhunter may never make a loud or abrasive album again, but they have other, deeper fires, burning away fierce as ever.