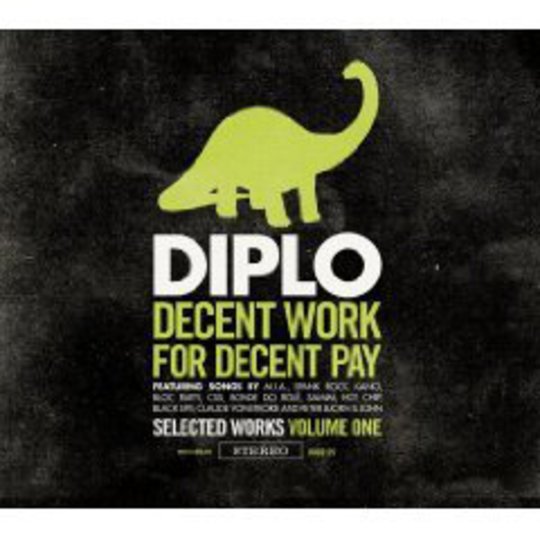 Cast your mind back a few summers and the music scene was being energised with a world-beating sound. M.I.A. was setting the indie and club establishment ablaze with her devastatingly brash rhythms and rhymes; Bonde do Role were an affected but all the more effective C.S.S.; and Spank Rock were razing festival audiences with their bongo-bashing take on hardcore-rap, not to mention making killer Fabric mixes on the side.

All produced by Philadelphian DJ Wes Pentz, aka Diplo, this miscellaneous clan of world-conscious, pan-global pilferers never really capitalised on their early hype. Peddling such an anti-commercial sound, they seemed content to revel in the underground – that is until M.I.A. inadvertently produced the biggest single of the year, 'Paper Planes'.

Uniquely popular in the alternative, urban and mainstream charts, and featuring on Grammy nomination lists and Hollywood soundtracks, Diplo had produced a colossus. Referencing TV favourite The Wire, and becoming an overnight bootleg for countless big-name MCs, he was able to shake off any lingering doubts over his ragtag approach to music making.

Decent Work for Decent Pay is the first volume of a series of collected works, and is liberally laced with the producer’s adopted signature sound, 'baile' funk, the notorious music of Rio’s favelas. There is little new here, mostly remixes available on compilations or singles, some dating back to 2003’s debut Newsflash, a mission statement taken straight from the Brazilian slums – all rudimentary digital bleeps, compulsive Latin rhythms and physical female MCs. Like so many hip-hop oriented producers, Diplo excels at the art of the sample, cut-and-pasting the worldly and unfamiliar for the benefit of his fans.

But DWFDP rides uneasily on the back of Diplo’s commercial success. Not a mix or an album, the selection lacks cohesion. The eclecticism of his career – for many his selling point – is his undoing on a stylistically muddled affair. Few of the fine remixes the Philadelphian has produced are present, many descending into unchecked experimentalism, fine for B-sides and knock-off mixes, but not for a work of scope and substance. Where Arular was arresting and combative, this lacks the crucial killer touch he is known for.

That said, there are some worthy highlights. 'Smash a Kangaroo' is an amusing didgeridoo-based groove extolling the necessity of animal cruelty in the outback, and the Tonite mix of Spank Rock’s 'Put That Pussy On Me' is a vintage guitar-tuned club banger.

'Paper Planes' is an instant classic any producer would kill to have on their CV, but this remix feels rather pointless, a B-side featuring Bun B and Rich Boy rolling out workmen verses over the Clash-sampling beat. Kano’s 'Reload It', though full of menace, is utterly out of place on this collection.

Diplo is at his best producing sets and mixtapes, Piracy Funds Terrorism a worthy complement to M.I.A.’s Arular and Top Ranking: A Diplo Dub outdoing Santogold’s debut studio effort. Decent Work for Decent Pay is true to its name, failing to live up to these. Disappointingly, this is a shaky collection for such a groundbreaking producer, though unlikely to impact his designs on commercial ascendancy.