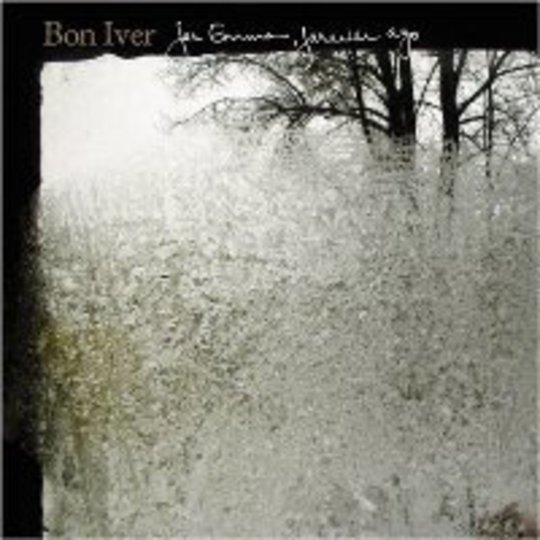 The story of Justin Vernon and how this record came about is almost too far-fetched to be true, and yet after a few listens to For Emma, Forever Ago it soon becomes apparent that here is someone who clearly isn't faking it by any stretch of the imagination. Every last word, succinct pause, over-exaggerated syllable – it’s no coincidence that the circumstances and surroundings within which this album was recorded were pretty much wholly responsible for the beauty contained within it.

Justin who? Oh yeah, before I go any further it’s probably best to go back to the beginning. Having played in several bands within the Wisconsin folk and art-rock scene, his most recent and more accomplished troupe DeYarmond Edison were undergoing something of a transformation, one that would eventually see them briefly relocate to North Carolina before subtly disintegrating, citing "musical and artistic differences" as their reason for calling time before potential success could come knocking.

Vernon moved back to Wisconsin and promptly set up home in a remote log cabin, living a self-imposed primitive lifestyle whereby tasks such as chopping logs for firewood and hunting wildlife for food became daily chores. Partly as a form of protest over what he saw as a kind of desertion by his former bandmates, and partly to re-evaluate where to go next, Bon Iver was born.

Three months of writing and recording - often in ten- to twelve-hour blocks - ensued, the process only being able to continue at times thanks to Vernon's self-taught hunting skills: some of his prey could be exchanged for recording equipment or guitar repairs.

By early 2007, For Emma, Forever Ago was pretty much complete, in demo form at least, and Vernon, now back in a civilised habitat, set about finalising a record that will almost certainly ensure him recognition for many a year to come.

I do apologise if the background to this record has been emphasised somewhat but without it For Emma, Forever Ago would never have existed, and it’s probably fair to say much of this record wouldn't make sense without it being explained. Nothing less than a full account of the events surrounding the record could be described as being overstated.

Although comprising only nine songs spread over less than forty minutes, For Emma, Forever Ago is one of the most captivating collections these ears have heard for some time. Although comparisons to the likes of Will Oldham and Elliott Smith are obvious and to be expected, there are also similarities both vocally and structurally with TV On The Radio's Tunde Adebimpe and the wizened folk of Iron And Wine, not to mention a slight hint of Micah P Hinson, too.

What sets Bon Iver apart from many of the aforementioned is the sheer substance and obvious depth of personal experience that has formulated each and every one of these songs down to the bone.

'Skinny Love' and its emotive descent into a bittersweet riposte that could be against his former colleagues ("In the morning I'll be with you / But it will be a different kind / I'll be holding all the tickets / And you'll be owning all the fines") paves the way for the closing evaluation of 'Re:Stacks', Vernon exclaiming "This is not the sound of a new man or crispy realisation / It's the sound of the unlocking and the lift away…", almost in relief that his sojourn has been a worthwhile exercise.

Which it has, as For Emma, Forever Ago testifies. I could pull out couplets from the other seven pieces here, but that would only spoil the surprises that await. For you there's only one thing left to do: purchase this record and elevate Vernon to the unlikely status of recording star at a level his talents so obviously deserve. This album is simply wondrous.