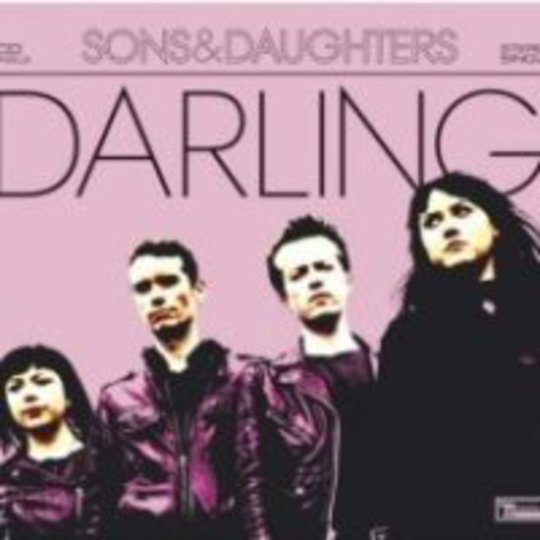 Likeably rambunctious, Glasgow’s Sons And Daughters’ latest might lift a trick or two from a certain grizzled punk – think Trainspotting if you’re struggling – but it’s a stomping good tune nonetheless. Besides, since when did hundred per dent originality equal a decent single?

Bernard Butler’s production lends this cut from the four-piece’s forthcoming This Gift LP a swinging longevity, with Adele Bethal’s breathy vocals lingering long after the final whack of stick on skin from Dave Gow, whose unfussy and direct percussion lends this single its insistent tone.

Someone in the DiS office compared ‘Darling’ to something by Shakespeare’s Sister, but while both acts possess a certain menace beneath their glossy pop outer layers, Sons And Daughters’ lusty tempestuousness lifts them heads, at least, above so many pan-flash chart-toppers.