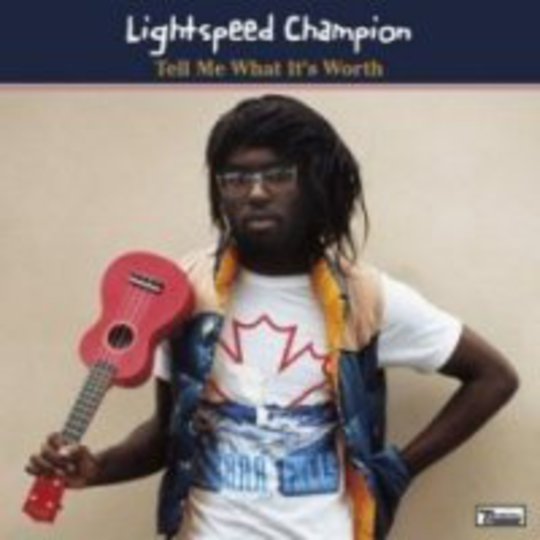 Dev Hyne’s sweet assault on the nation’s tender underbelly continues with his third single, ‘Tell Me What It’s Worth’, a precursor to the forthcoming debut album Falling Off The Lavender Bridge.

As with past efforts – the full-length version of ‘Midnight Surprise’ aside, perhaps – few surprises rear their heads over the course of just under three minutes, but with affectingly awww backing vocals driving it to a climax, ‘Tell Me What It’s Worth’ possesses an air of vulnerability that few saw in Hynes while ploughing through glitch-riff frenzies with Test Icicles (not so) way back when.

Lightspeed Champion might be enjoying a higher profile than their output should warrant, based on Hyne’s personality above his neatly simplistic arrangements, but there’s no real reason to knock material like this. It doesn’t shout and scream its way into listener’s attentions; instead it drifts on by softly, allowing admirers to hop on and off as and when the fancy takes them.