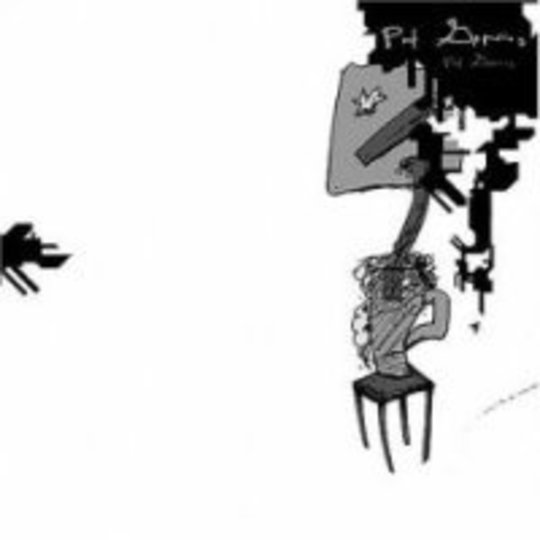 It’s not strictly fair to entirely dismiss Pet Genius out of hand immediately, even though from the most cursory glance at the make-up of the band they appear to not be taking themselves seriously at all. Case in point: now that it seems Cave In’s major label flirtation seems to be well and truly behind them (Disbanded for good? – Ed) – if you heard 2003’s turgid Antenna you’ll know why that’s such a good thing – band lynchpin Stephen Brodsky appears to be able to spend some time dicking about, calling himself Stovetop Bredsky and forming a lo-fi garage band with original Cave In sticksman John-Robert Conners warming the drum stool. Is it a side-project or a viable new band? Well, a bit of both.

The one overriding feeling is that Brodsky’s deliberately steering clear of any post-hardcore tropes so that Chromatic Blues isn’t bracketed in the ‘Not Quite As Good As Jupiter’ section, which is entirely understanding. Moving towards the sludgier end of pop, songs such as ‘Man Of The Mountain’ and ‘Cosmic Erosion’ show that he can still turn his hand to creating a catchy structure here and there and point towards a depth of sound that pushes the album beyond the status of a curio for Brodskyites. The Pixies debt is accentuated on ‘Float My Boat’, which is so fuzzed-out it sounds like the band is recording three houses away and which mutates into a big, unwieldy stomper in its closing moments, and on ’Chromatic Blues’ it becomes obvious that he’s at least trying to throw some curveballs by chucking in a purposely-dischordant chorus when every atom of the songs seems to beg for something a little more radio-friendly.

The main problem is that Chromatic Blues never quite feels like anything more than a somewhat indulgent set of demos. The crackly, indistinct guitar lines are so balanced and tweaked that any sense of real dirt and filth is quickly lost because Brodsky’s vocals cut through them with such clarity. Repeating the same ideas on ‘Doomsday’ _ and again on _‘Erase The Speed Of Time’ only suggests that Brodsky’s all too aware that Cave In will always be what he’s known for and subsequently anything he puts into Pet Genius won’t be able to breathe on its own merits. Frustratingly, he’s probably not wrong – but he only has himself to blame.

‘Walls Of Etiquette’ is the clearest indication that Pet Genius could escape the shackles of association. It’s an atypical rock song with a meaty, tangible groove that sits just the right side of sleazy and shows that, when he’s not consciously trying to be quirky or rein in one particular side of his musical influences, Brodksy can easily turn his hand to some other style or genre. And ‘Man Of The Mountain’’s almost proggy dark/light structure is a delight because it feels so much more exuberant and spontaneous than a lot of the rest of the album. There’s also the possibility that he’s just pissing about as much as he possibly can and still get music released on a relatively wide scale. If that’s the case, then Chromatic Blues is a fairly competent collection of songs that errs towards the forgettable.

As a standalone album, however, it’s very much a case of ‘Must Try Harder, Stovetop’.