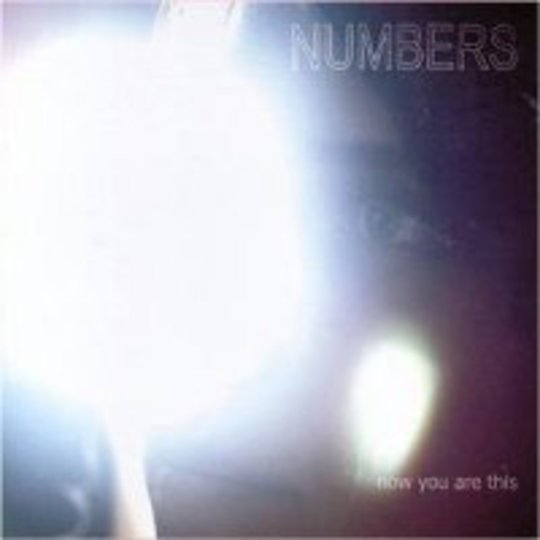 For those paying attention, San Francisco’s Numbers are one of those bands who made a favourable mark during the early part of this decade as one of the finer practitioners of no-wave, glitch-driven art rock. While at the time peddling an electronic-tinged noise labeled as dance-punk by more than one hack, the trio’s focus on jarring rhythms and barked vocals has always placed the stress far more on the punk side of the equation than anything ever produced by the likes of Kele Okereke and co. It’s a sound that’s consistently toyed and experimented with raw, jagged restraint and emotional outburst, and it’s one that the band have been delving into for the better part of eight years now with increasing degrees of, at the very least, artistic success.

As with 2005’s We’re Animals, their latest, Now You Are This, once again pushes things forward from their jerky beginnings with ever increasing levels of melody drawing itself into the group’s audio palette. Woven together with the band’s angular influences, the resulting 13 songs present a new-found maturity that touches on their beloved post-punk while embracing large swathes of psychedelic drone a la The Silver Apples on ‘Liela Mila’, or a narco-induced, dreamy haze with the gorgeous _‘Mind Hole’ _that, yes, does indeed gaze longingly at the floor with the best of the old-school introverts.

And for those firmly endeared to Number’s dissonant roots, look no further than the establishment-slating yelp and screeching guitars of album highlight ‘Everything Is Fine’. It’s a song that instantly recalls the band’s embryonic beginnings while flawlessly incorporating every trick since learned over the intervening years.

Memorable as it is intelligent, Now You Are This is a solid reminder that, even in these love ‘em and leave ‘em days, it’s still possible for a band to consistently grow and develop four albums deep into their career.