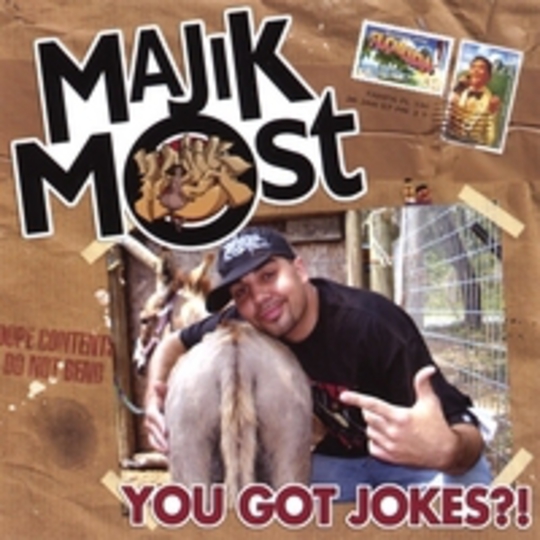 Fuck it, let’s start off on a tangent: I hate Clipse.

I only realised this recently. I used to think I kinda liked them, or was at worst indifferent. I used to think it was the circus around them that irked me. You know, dudes who’ve only listened to two rap albums in 12 months shoving them into their year-end lists. That weird tone critics take when trying to explain their suddenly discovered love of coke rap (in particular the writer who chose to praise them for being ‘humble’, with presumably the antonym of ‘humble’ in this person’s mind being ‘uppity negroes’). But no, I hated them because of who they’ve begun to remind me of.

Listen to the lyrics. Look at the lyrics. Cross-reference the lyrics. Line after line, verse after verse of shitty, unfunny puns based around alternate terms for cocaine._ “The news call it crack / I call it ‘diet coke’”, “Feels like cake mix”, “I got cane like a cripple”, and an estimated 247 instances of _“key”/”ki” wordplay. Someone needs to walk up to them and just go, “No homo(nyms)”.

And that’s why, more than anyone else, Clipse remind me of Yorkshire TV fallen soldier Richard Whiteley, the same reliance on feeble puns combined with a sense of undeserved achievement. You can pretty much hear most of Hell Hath No Fury coming from the former Mayor of Wetwang’s lips. “So, ha ha, we have Pusha T on the show today… He’ll be hoping that he performs ‘all white’ on the night, ha ha… And maybe if he gets some good letters he’ll exclaim _‘yay’”_.

So yeah, fuck Clipse. Hip-hop, for those of us who haven’t given in completely and just switched to ringtone rape, lives and dies at the end of every two bars with the punch line, and if all you’re coming with is sub-Alan Coren shit, then you need to gtfo. Majik Most, thankfully, comes with something a little stronger. He’s a straight up punch line rapper, and the songs on You Got Jokes?! don’t really have much in the way of concrete structure, over-arching form, or Aesop-esque storytelling. They do have more laughs than Del Boy falling through the bar, and the kind of light-hearted take on gender relations you’d expect from a dude self-nicknamed ‘The Sweaty-Backed Bastard’ who’s gesturing at a horse’s anus on his album cover. And, really, that’s what I listen to music for.

He’s pretty unique as a proposition on the mic, alternately vaguely nasally (think Rap Olympics-era Eminem), and loosely booming (like Bryn Terfel if he got up to bless the mic). But he knows how to use this to decent contrast, indeed the standout track here seems him reunited with long-time collaborator Celph Titled, and it’s always a pleasure to here Most’s nasal flow alternate with the more booming, trifishness of Celph. Especially when they’re discussing sexually assaulting US TV cookery sensation Rachel Ray, and shouting out ‘90s sitcom don dada Joey Lawrence, over some 1968 airport lounge music samples.

It’s all great. Majik Most is more entertaining than anything else, and nobody’s going to mark him down as a G.O.A.T. based on You Got Jokes?!, but in a year of massive underachievement for rap it’s just nice to be able to sit down and enjoy 21 tracks of boneheadedness. ‘Ashy Elbows’ builds itself around vocal samples of porn stars dropping science on the etiquette of cum-swallowing whilst Majik let’s us know that his “dick went to a camp for fat kids”. ‘The Tonight Show’ is the Las Vegas talk show theme its title suggests, and ‘Wake Up To Reality’ sees him kick it on a Bannatyne and Paphitis tip, informing a motley crew of persons that it’s not going to happen for them (“Your flow sounds like Jeru / After a stroke” being my personal favourite). There’s even a Jackie Chan-tastic gag reel to end the album, because seven minutes of people stumbling over their raps interspersed with donkey noises is a perfect end to any album.