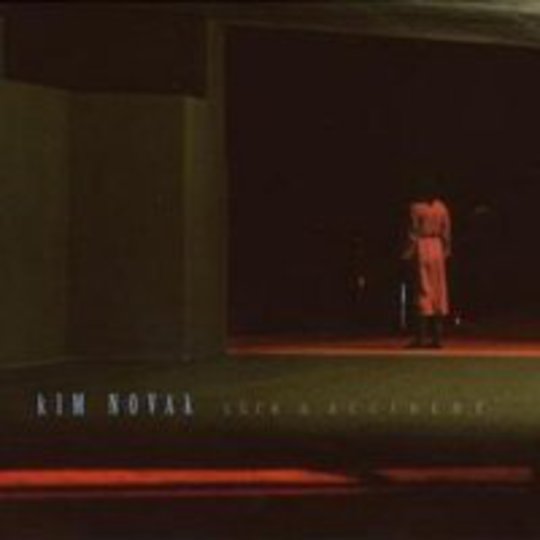 Presently relatively unknown outside of their hometown of Caen, France, brooding four-piece Kim Novak introduce themselves to their fledgling UK audience with a hum of familiarity trailing in their wake.

Naming themselves after a one-time Hitchcock leading lady may have something to with their timely profile expansion, but my guess is that their occasionally studied but subtly listenable tutelage of classically austere pop music is what really makes the ears prick up with the odd burst of excitement every few minutes.

Formed little over two years ago, it's been a gradual process for Kim Novak: from changing singers a year or so ago to supporting the likes of dEUS and iLiKETRAiNS before releasing a record, experiencing the all-too familiar MySpace friends surge and eventually getting themselves hooked up with Talitres.

Although Luck & Accident has been quite a long time in the making – pretty much from the band's inception to its French release in the middle of last year – producer Francois Chevallier obviously wanted to make sure he got the balance right, enlisting the help of Björk and Arcade Fire collaborator Markus Dravs along the way. It’s this holy alliance that’s conspired to set Kim Novak apart from the dozens of National- and Interpol-alikes whose every sneeze of misery and self-deprecation, or obsession, seemingly results in a record deal and cult status.

Instead, what we have here is a collection of songs that, while obviously being influenced a shade by the aforementioned New Yorkers, also firmly hold as much reverence to the work of Bryan Ferry ('If') and mid-period Depeche Mode ('Female Friends') as any post-miserablist escapism combo.

The closing couplet of 'Crash' and 'On My Back' are as eerie a twosome you'll hear since Karloff and Lugosi spent a decade upstaging each other, while 'Lost At Play''s gentle riff and heartfelt chorus ("I know a way to put you away...) suggests these guys aim - quite rightfully - to be taken seriously or else.

As French imports go, Luck & Accident may not be quite up there with Thierry Henry or Brigitte Bardot, but it still makes a one-way Eurostar ticket seem cheap at twice the price.