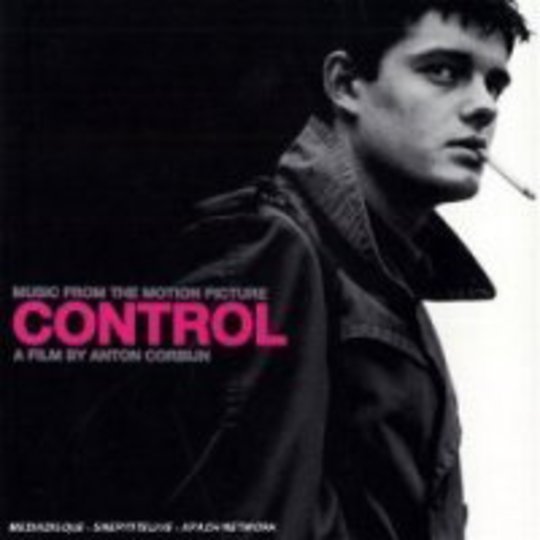 A soundtrack to a film following the life, and death, of Ian Curtis that isn’t exclusively comprised of Joy Division songs? Interesting, interesting; most interesting is the presence of New Order, who appear three times. Isn’t that a little, well, odd? After all, it’s not like they ‘existed’ during Curtis’ lifetime.

Then again, neither did The Killers, whose cover of ‘Shadowplay’ is utterly awful. Anyone who’s seen the Las Vegas pop-rockers live this year will be familiar with their punchy, soulless take on Curtis and company’s original. It’s less an update, more a mistake.

Elsewhere on this hit-and-miss compilation we get The Velvet Underground, Kraftwerk, Sex Pistols and David Bowie; their contributions are nice enough, but experienced without the backdrop of Anton Corbijn’s film, it’s tough to understand the direct link between their appearances and Curtis’ epilepsy-ravaged desperation and ultimate suicide. Was he a fan? Possibly. Do they have any place here? Questionable.

From the absolute-beginner pre-pubescent newcomer’s perspective the Control OST is a so-so introductory purchase: play your youngest sibling ‘Dead Souls’ and watch them squirm. ‘Love Will Tear Us Apart’ is here, too, of course. But for anyone with half an interest in Joy Division already, this is barely worth the plastic it’s housed in. Watch the film, sure, but then buy the original Joy Division LPs over this OST to get the full picture.

From Sunday, October 7: listen to an exclusive podcast,_ Heart and Soul: The story of Ian Curtis & The Making of Control_, here