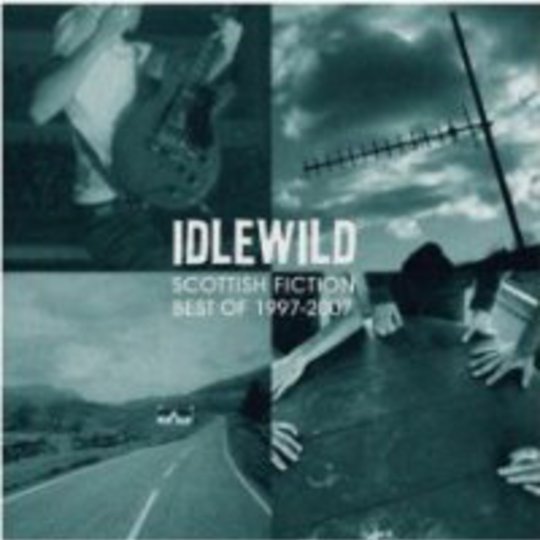 Ten years in the business and still going strong – check out this year’s Make Another World album for the evidence of an all-firing group, still very much full of the fire that comprised their initial catalyst – Idlewild’s decade-up anniversary arrives at a time where retrospect is so very now: Control is doing the business, or about to, at the box office, and ATP’s Don’t Look Back series rolls onwards, with GZA the latest artist confirmed to tackle a highpoint of their back catalogue in its entirety in the live environment. Yet the Scottish rockers have gone about their business with a degree of stealth – while press has remained consistent since the heady days of the Maker once a week and Select a dozen times a year, they’re hardly as celebrated as Scottish Fiction suggests they should be.

This best-of offering collects 17 of the quintet’s tracks, although whose opinions have counted towards the compiling is a mystery: old-school sorts will bemoan the lack of anything from pre-Parlophone EP Captain, making this actually a run through of picks from the era 1998-2007, rather than the clean decade indicated in the title. The omission of a ‘Last Night I Missed All The Fireworks’ or ‘Satan Polaroid’ is slightly detrimental to the collection, and it’s a shame that pre-major label material isn’t represented in the same manner as tracks from the Sanctuary/Sequel-released Make Another World (both ‘No Emotion’ and ‘Make Another World’ feature).

But it’s not like Idlewild don’t have material of a quality high enough to warrant a best-of_ without_ their earliest flailings: their peak period, from debut album Hope Is Important through to 2002’s The Remote Part, produced a flurry of excellent singles, and they’re muddled here into an interestingly erratic coherency. ‘Roseability’ leads into ‘When I Argue I See Shapes’, the sublime ‘American English’ to ‘These Wooden Ideas’; put _Scottish Fiction _on random and it’s a truly different experience every time through. These are great pop-rock songs, simple as.

Some will question the need for an Idlewild best-of when one is already available in the form of their second album proper (should have been an ‘IMHO’ disclaimer there), but Scottish Fiction is a timely reminder in an age of must-succeed debuts that, given the space to breath and develop on their own terms, a group of troubled teens can transform into a truly classic act of our time, with singles that resonate with a timelessness that few bands bearing similar influences can claim as their own. Sure, the Warnings/Promises cuts aren’t so great, but we all know that anyway. Skip ‘em if you must, that’s the beauty of a compilation like this. But the winners… seriously, even so many years on, ‘Little Discourage’ still kicks like a particularly riled mule. Hard and fast, deservedly re-acclaimed.