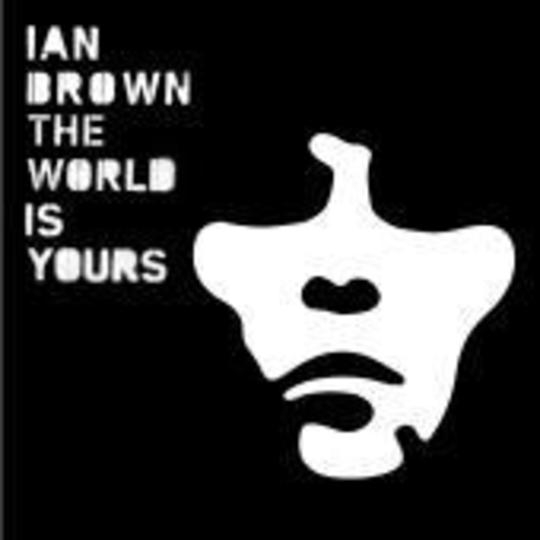 They say life begins when you reach the age of 40. Ian Brown passed that accolade four years ago, and yet to hear him on The World Is Yours you'd think he was some fresh-faced politics student straight out of the SU bar after one too many half-priced Stellas.

Or maybe his rants could be interpreted as the random middle-aged bloke down the pub who props up the bar putting the world to rights every Sunday dinner time. Here, everyone from worldwide religious leaders to Bush and Blair get a piece of the one-time Stone Roses singer’s mind, and he certainly doesn't hold back. Indeed, the most restrained things about The World Is Yours are the musical arrangements, which follow an almost identikit pattern throughout: pre-programmed beats and strings laced with the occasional drama when a chorus cuts in. And here lies the biggest disappointment with this record considering the endless possibilities there could have been amongst the star-studded list of collaborators, including ex-Pistols Steve Jones and Paul Cook as well as Paul Ryder (Happy Mondays) and Andy Rourke (The Smiths).

Certainly one would have expected more than pedestrian workouts galore, particularly when confronted with lyrics such as "Save us from imbeciles who think they rule the world / Save us from hypocrites whose twisted plans unfurl / Save us from warmongers who'd bring on Armageddon". As hard-hitting as Brown tries to be with his wordplay, the accompanying music reduces the effect somewhat into that of an almost laboured routine.

One duet which does come up trumps though is the superlative first single 'Illegal Attcks' with Sinead O'Connor. Again, Brown doesn't hold back his feelings when it comes to apportioning blame for the war in Iraq and lines like "It's a commercial crusade, all the oil men get paid, it's a military charade" pull no punches. His tirade against the USA makes Razorlight's 'America' seem like the ingredients list of a cereal packet by comparison.

Still, one thing that Ian Brown has retained over the years is his integrity, something he's proved time and time again by continually refusing to reform his previous band, regardless of the estimated seven-figure sums being offered to do so.

What The World Is Yours does support is Ian Brown's claim that he's possibly the only pop star of the modern day with anything worthwhile to say. Sadly, for all the passion and insight of his lyrical aspersions here, a lot of the messages are left a tad subdued by the conveyor belt plod orchestration.