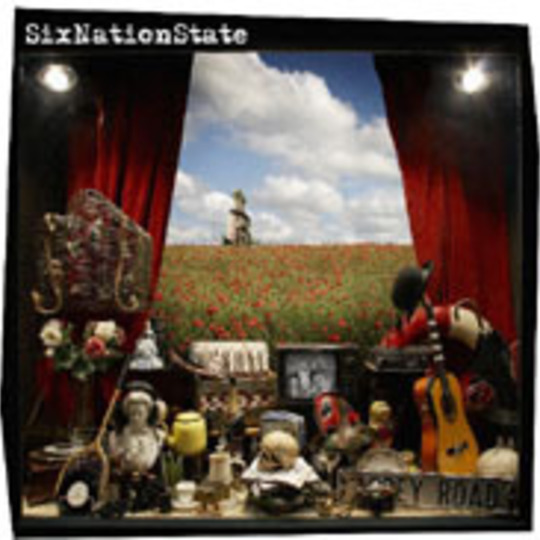 It's just over two years since Six Nation State's eponymous demo EP landed on DiS's desk. In the meantime, they've launched further infectious and excitable singles, but does their album maintain this momentum?

A hijacked Brazilian drummer's blueprint ushers in 'Cant Let Go', drenched in fun. It is absorbing for its carefree, energetic joy, even though the hyper excitement drops to something a little more manageable when some gruffy Kelly Jones-flavoured vocals burst in.

The fun and down-the-front riot continues with 'Keep Dancing', even though from here, occasional field trips into minor keys still maintain an edge. All twelve (plus one, shhh....) songs are more or less equal to the task but a pretty thin production deprives them of a warmth and breadth that would otherwise have made their impact stronger.

With plenty of ska English reggae beats and a strong London accent, Joe Strummer jumps easily to mind, which must surely be a reaction expected by the band as cute little vocal touches have been copied directly and knowingly from the man. And talking of the Clash, if Hard-Fi lean to the more angsty side of the art punks' heritage, then 6NS have jumped head first into their good-time back catalogue.

I've been playing this album for weeks – not because it necessarily compels me to, but because I've been trying to get under its skin. Although it ticks most boxes that allow it to stand up there with the current crop of radio friendly alt-pop, there's an invisible something missing. Maybe it's that some of the songs sound as though they've been too hurriedly completed. Maybe it's that, with the exception of 'Too Long', which is almost perfect in all its ways, the album lacks those brief sparks of genius that inflame the heart for brief moments, be they lyric snatches, or guitar licks, drum flourishes or vocal inflections. Maybe the best way to get the most from Six Nation State's high-stepping debut is not to demand too much.

Yes, it's a much heralded arrival, but it ain't international politics. So go dance, shout and boogie. Have fun.