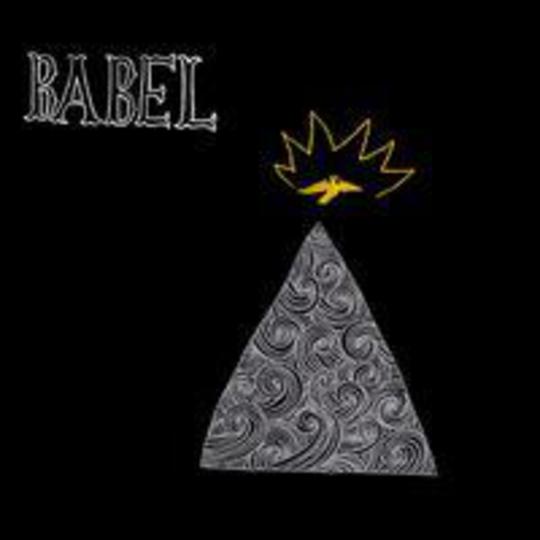 There's a slightly uneasy atmosphere on Babel's debut mini-album that, though its hindrance is limited, is a little damaging. The opening title track is treated to much more development and melodic unravelling than it deserves, and it comes off as one of those impossibly long Soft Machine wig outs that prompt one's thumb to firmly hit 'skip', rather than a constantly evolving beast of musical progression. Where Babel's contemporaries and nearest musical neighbours Espers would most likely bathe their instrumentals in ghost sheets and subtle growth, Babel slap on a Scream mask and reach puberty several minutes after they started at middle age.

So far, so mid-late period Led Zeppelin. Things improve with 'Disarm' which, like its Corgan-penned namesake, is a strum 'n' stringed lament and nestles quietly somewhere between The Decemberists and David Gray, but without the nodding-dog thing. Babel's compulsion to overdo the development of base material is tempered and restrained here, to much more satisfying results. Sadly, this thrust into minor brilliance doesn't last through the leaden 'Daylight Lost' and its schmindie folk by numbers, despite some clever string arrangements.

This is where a great deal of frustration begins to occur. When they temper themselves and remember that The Pop Song is a truly wonderful thing, the results are lovely (the woozy 'Shangri La' an obvious example). When the cloud of over-indulgence gets in the way, then droning hippies with too much time to sit in their flat and analyse auxiliary string parts need purchase and mong out. The closing 'My Cup Is Running Over' is more convincing despite its over-generous length, and evokes a brighter Devastations with an equal orchestral sensibility. Lovely though its strains of strings are, it does nothing to alleviate the troublesome Babel-ian temptation to give in to trad-folk excess. If they do one thing between now and recording their next release, it should be to listen to some Bacharach.