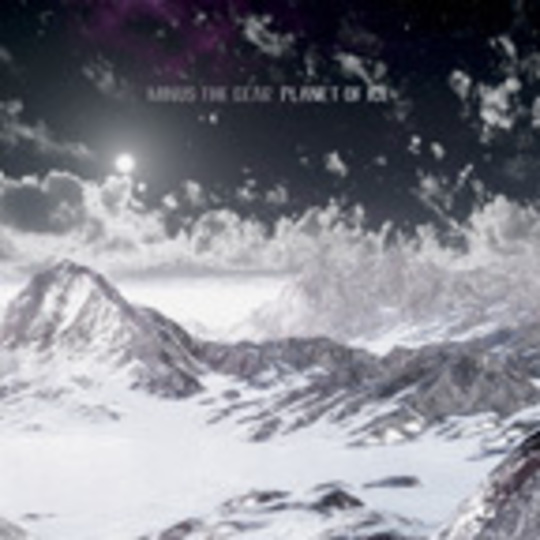 It happens: growth and out-growing, progression and distancing. Minus The Bear sounded entirely revelatory around the time of their Highly Refined Pirates debut of 2002, but with each album that’s passed – this being their third, and the follow-up to 2005’s Menos El Oso – they’ve somehow seemed less vital, less experimental. The pop cores have remained throughout – despite members’ well-documented pasts, MtB have always prioritised toe-tapping melody over brain-shorting complexity – but the click-click blindside bursts and wayward signatures have gradually faded from the surface of songs now bordering on traditional pop-rock. Or, of course, maybe the runners and rider of a few years back have caught up, so much so that the masters are now in a position where cues need taking from elsewhere? Either way, _Planet Of Ice doesn’t engage like it could.

Of course, this has as much to do with individual expectation as it does the execution of ten songs by five men from Seattle or thereabouts. This is not a bad album at all – don’t misread that opening paragraph as suggesting such – but those wanting that same feeling that followed the first-time-around with Highly Refined Pirates are sure to be left slightly less that satisfied, at least on a cursory exploration. Jake Snider’s vocals are crisper than ever, and the ambiguity of themes past has been dispatched for clarity – love weighs heavy, of course, our protagonist’s affections for a member of the fairer sex evident throughout; there is little need for analysis beyond a scan of the lyric sheet save for a few quirkily Pink Floyd-like meanderings – see ‘Lotus’, the album’s epic closer, for an example of Snider’s less-than-literal side. Compositionally, a couple of tracks leave lasting impressions: opener ‘Burying Luck’ dizzies itself silly with a series of organ stabs before an atypical MtB verse – touched-up by production gloss, each instrument superbly slick – steadies the ship ahead of the equally captivating ‘Ice Monster’, one track here that demonstrates its makers’ ability to balance the purest of pop with inventive rock tricks excellently.

Too often, though, Planet Of Ice fails to live up to the legacy MtB have made for themselves – new keyboard player Alex Rose acquits himself well in the role left vacant following the departure of Matt Bayles, who is on hand as producer here alongside These Arms Are Snakes drummer Chris Common, but there’s a dynamic shift in these tracks that comes over as but an echo of efforts past. This doesn’t feel like a progression, yet in a funny sense how can it not be? After all, MtB’s audience has now swelled to a level where fans aren’t solely made up of aging Botch admirers; teenage newcomers need an easy ride into a band clearly capable of mashing a few synapses, and Planet Of Ice is by far the five-piece’s most accessible release to date. By deconstructing their jitter-pop compositions to date, MtB have assembled an LP capable of propelling them upwards, on to auditoriums of an enviable size and sales beyond their combined so-fars. However, smooth sailing isn’t what long-termers demand.

And, as such, Planet Of Ice is an oddly sour letdown, a high-quality album that suffers only from the reception and perception of its forefathers. To these ears it’s three of three, yet to many thousands it’ll offer a first insight into one of modern pop’s more creative rock bands. Foo Fighters fans are about to get their minds blown.