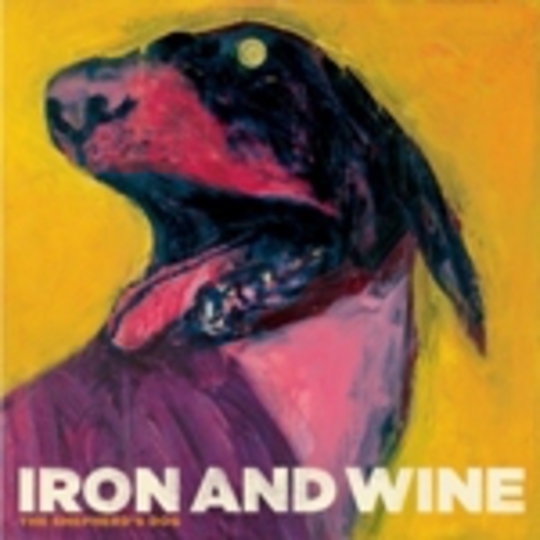 Everything flows, nothing stands still. The only constant is change.

In gaining something new, one often has no choice but to leave something old behind. Discarded, on the side of the road. When Iron & Wine ‘went electric’ on 2005’s Woman King EP, an element of the docile dilapidation and lonesome whispers Samuel Beam stumbled across on his early lo-fi home recordings was lost. Naturally however, development of one’s sound is what every musician must seek. And it was the collaboration with alt-country brass-bandits Calexico on the In The Reins EP that proved most influential to the future direction of Iron & Wine’s sound and instrumentation. Maybe all the little guy ever really wanted was some friends with which to harmonise?

So, as these releases predicted, The Shepherd’s Dog proves that in the world of Iron & Wine change is, again, most certainly afoot, padded-out by full-band-encompassing electric guitars, banjos, pedal steel, horns and piano. But what really stands out is how …Dog literally hits the ground running from its opener, ‘Pagan Angel And A Borrowed Car’, cutting a clear slice from the organic and distinctive junkyard percussion and deep-fried blues stomps of Tom Waits. Bongo drums, tambourine, shakers, handclaps – this album is rhythmic and flows with organic percussion. And when coupled with the ‘running’ vocal constructions Beam chooses to dress his lyrical content within, the resultant atmospheric leaves a sense of poetry in motion. Unlike some of the acoustic whisper-folk found across previous releases, many of the songs here contain heavy strategic melodies (‘Boy With A Coin’, ‘White Tooth Man’, ‘House By The Sea’, ‘Flightless Bird, American Mouth’) which transform the overall Iron & Wine dynamic into a band with the same variety of strong and vivid material that leave Radio 2 listeners humming in the bath.

But worry not Beam-lovers: the emotional intimacy of old remains in part. Standout moments ascend with Califone-esque avant-folk ornamentation on ‘Lovesong From The Buzzard’, intertwining with the woozy and haunting ‘Carousel’ before giving birth to the consuming ‘House By The Sea’. The songs and their interweaving transitions create a summery air that disappears into the forest for a lone sunny Sunday morning walk; sparrows chirping, blips of sun momentarily peaking through the fern branches whilst strolling below the shadows of the trees. The understated beauty that surrounds these tracks is what Iron & Wine is all about. So unfortunately, when Beam enters into freeform-jam further down the line on ‘Wolves (A Song For The Shepherds Dog)’, which lasts five minutes but feels like twenty, it over complicates matters. The energetic bar room jazz of ‘The Devil Never Sleeps’ also jolts the overall atmosphere and appears out of place towards the sparse and intimate end of the album.

Conceptually, Beam’s lyrics are on the whole more sinister and conjure more vivid mental imagery than on the bright and intimate Our Endless Numbered Days (arguably his finest release to date). Aggression and a sense of resentment are found in lyrics like “How every mouth sings of what it’s without, So we all sing of love, And how it ain’t one dog who’s good at fuckin’, And denying who he’s thinking of” (‘Innocent Bones’) and “Sing a song for the bodies buried by the riverbank, A well-dressed boy and a pig with a bullet in the brain” (‘Peace Beneath the City’). Beam even sounds reminiscent of the raspy and ragged Waits on the latter, with Waits’ sparse and dirty rag-tag shtick sitting above the entire track. The album ends as if in state mourning on ‘Flightless Bird, American Mouth’, which explodes into accordion enquiring, “Have I found you, Flightless Bird, grounded, bleeding, Or lost you, Big bill, American mouth”. Its resigned anti-war message and melody sound identical to Ray Lamontagne on his latest album closer, ‘Within You’ - Ray’s message: “War is not the answer, The answer is within.” The beautiful haunting air of ‘Resurrection Fern’ is also reminiscent of Lamontagne’s ‘Empty’, and this is now the level which Beam shall compete on.

Whilst we’ve lost a real trace of the intimate folk beauty of the first two albums, the lavish musical changes Beam has made alongside further songwriting developments see Iron & Wine, once again, make a step-up to another level.