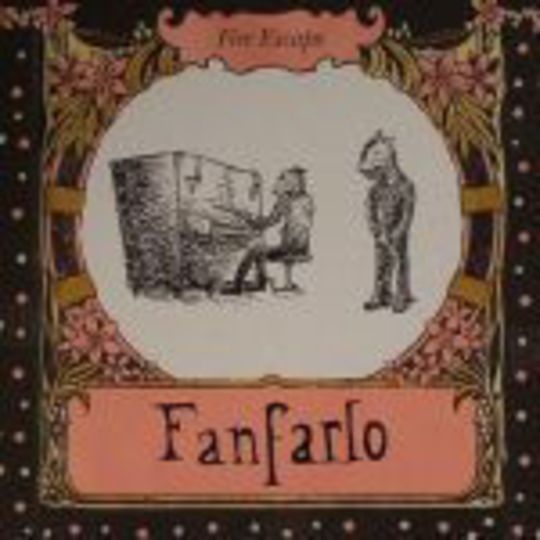 David Bowie apparently loves this lot. And given that he deleted Goldie’s number from his mobile a long time ago and started to pal around with Arcade Fire, it’s pretty easy to understand why (though don’t expect us to forgive you for Tin Machine, David).

Fanfarlo are a London band who, probably in no small part thanks to Swedish lead singer Simon Aurell, play the type of melancholic uplifting indie most recently perfected by the likes of Loney, Dear, or early Concretes. They’ve got that Scandinavian orchestral pop thing nailed down to near textbook standards.

_ ‘Fire Escape’_ comes to life with a sprinkle of Grandaddy synths at the start before sweeping strings and a horn come crashing in to slap some dramatic meat on a song that would otherwise sound like it had been underfed and left out in the cold._ ‘We Live By the Lake’_ follows almost exactly the same formula, but this time the sad horns are moved to the beginning before the pounding drums are brought in, creating that introspective yet somehow epic feel that works so well as the soundtrack to sports highlight reels.

Starting to see a pattern? These songs may not win high marks for innovation, but breakout the armchair and old blanket, because their pleasant enough nature should make perfect sense on a rainy Saturday afternoon.