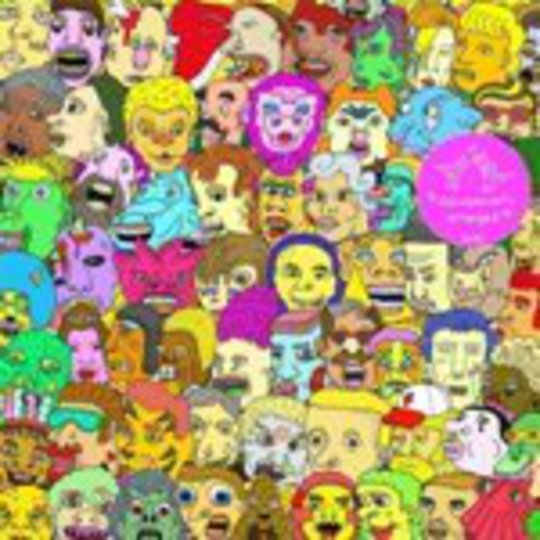 Best Fwends’ music is a big attention-deficit-disordered smash-up of punk, early Beastie Boys and unrefined 8-bit sounds. It's a kindred sound to those of British bands like Gay Against You and Applicants: frantic, but rooted in pop and/or rock. It’s trashy, cheap, headachy noise, but noise that a lot of love has clearly been put into. What at first seems to be simply brash and unpleasant does reveal itself to have a certain degree of subtlety and sophistication - 'Adultnap', for example, is a punk-pop classic of sorts, albeit one viewed in the lowest possible resolution, pixelated to fuckery.

Alphabetically Arranged is supposed to act a bit like The Hive's Your New Favourite Band - a best-of-so-far aimed to launch the band in the UK market. In fittingly don’t-give-a-fuck/post-modernly-self-aware (you decide) style, they've just chosen a bunch of "the best and worst songs [they've] made over the past four years" and whacked them on the CD - you guessed it - alphabetically arranged, from 'Aaww Some' to 'ZWZZT'. This makes the record pretty much impossible to approach as a whole, to really take it in. Is it a cop out of actually putting some effort into the track listing and the complete product, or a statement about the transience of digital media? ("It's just going to end up on iPods anyway, so here you go.") Either way, the barrage of 29 short tracks tends to lean towards a tiring indistinguishability.

That said, there are certainly highlights: ‘Bump in the Night’ is almost Hot Chip-esque pop geek'n'b, whilst ‘Days Seem Shorter’ seems to evoke the purest, most un-ironic love of the group sing-along power ballad at the same time as a certain unsettling attention seeking brattishness. Tellinglly, ‘Get Cleen’ launches into a Bonde Do Role-shaming battle-hop groove before being slowed down and stopped after 35 seconds. Frustrating.

It's the type of music that journalists feel compelled to hyperbolise about, and it’s certainly hyperbolic music, but at the centre of things it’s a bunch of pretty good pop songs with a wide-eyed, excitable sense of optimism in the freedom of its production.