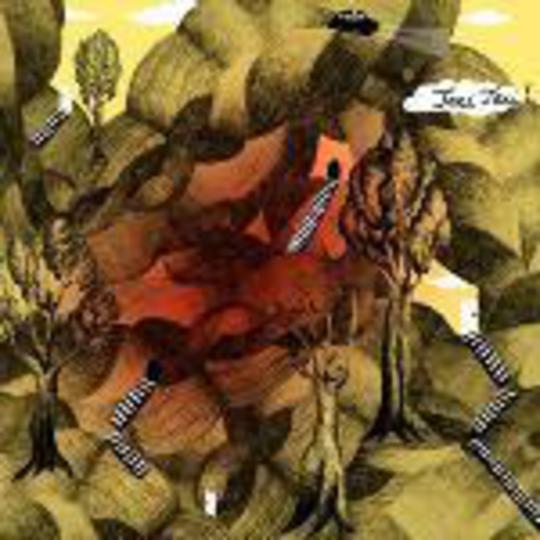 This debut six-tracker from identical Swedish twins Miriam and Johanna Eriksson Berhan – here’s your a.k.a. Taxi Taxi! – arrives in the UK on the back of great acclaim in the duo’s homeland, as well as on web-based social communities that require no naming. Penned over the course of a year and a half, this collection is a relatively genteel affair, with instrumentation purposefully sparse and ripe with intentionally lengthy pauses between strums of an acoustic so barely there one’s ears have to be mightily fine-tuned to pick out its every tone. Yet, for all its welcoming fanfare, there’s an obstacle that requires overcoming to fully enjoy Taxi Taxi!.

Voices: a pair of them there may be, but Taxi Taxi! have (surely?) attracted comparisons to Joanna Newsom and Björk for a very good reason. These are vocal chords of an entirely acquired taste, which rise and fall, loftily and deep, like the aforementioned pair in their teenage years – it’s worth remembering when appraising this release that its makers are only 17 years old. Against such a minimalist backdrop of lone piano and deftly touched six-string, Miriam and Johanna craft quite a juxtaposition: oppressively jagged peaks against a bleached, chalky sky; the most crimson blood on the purest white of sheets (think American Psycho, if it helps). While a tenderness akin to the lullaby lusciousness of Maria Taylor does filter through on occasions, for much of Taxi Taxi! the twins’ vocals are initially tough to stomach.

Leap this (relatively minor, in the grand scheme of things) potential stumbling block, and much pleasure can be reaped from this EP – it’s a signpost for greater things, for sure, and while comparisons to the current princess and queen almighty of everything opinion-splitting may seem a little too grand, a little too soon, we’d beg to differ: Taxi Taxi! have talent to burn if this self-titled offering is anything to go by, and once they reach their plateau of musical maturity expect them to turn heads of a purely physical nature in addition to their many online admirers.