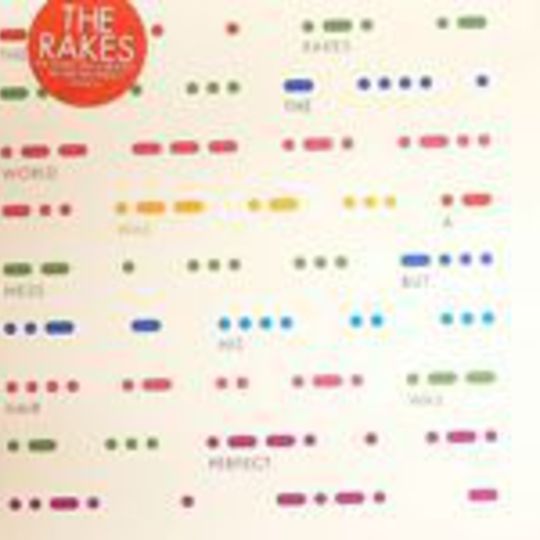 What with the glossies currently running nauseating spreads on ‘festival chic’ (the ultimate oxymoron, surely?) and Kate Moss until very recently insisting on draping herself around stinky ol’ Pete, the grubby world of indie rock ‘n’ roll has never had it so fashionable. Enter, then, The Rakes – a dapper indie foursome if ever there was one – with their new single, a radio-friendly edit of their 18-minute soundtrack to a Dior Homme fashion show.

Yep, you heard. It doesn’t necessarily sound like typical catwalk fodder, though, in so far as it stands up perfectly well in its own right. Well, you’d hope so, since they’re putting it out as a single. It’s a suitably elegant slab of art rock, with mumbling frontman Alan Donohoe complementing his style with substance, having his well-coiffured hero slag off the USA before indulging in Budweiser and Marlboro Lights. Simultaneously attacking and celebrating the ludicrousness of fashion slavery, it’s a well-executed and enjoyable affair, despite its undoubted one-dimensionality.