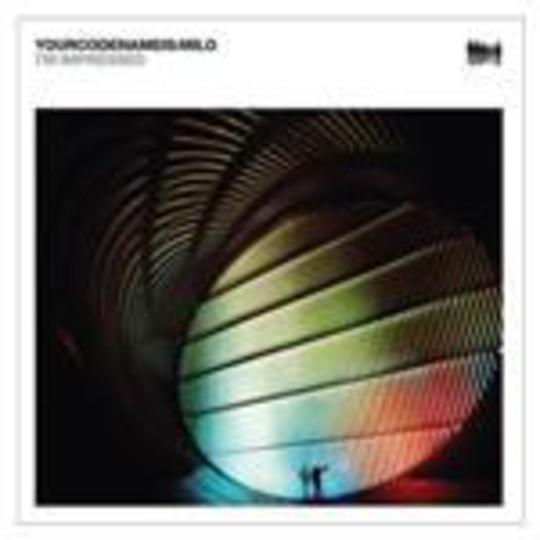 Another great outing from Newcastle’s yourcodenameis:milo, this is single number two from second album proper They Came From The Sun.

Compared with previous single ‘Understand’, what ‘I’m Impressed’ lacks in immediacy and accessibility it makes up for in complexity and ambition. Strong and melodic, it’s a finely-crafted winner.

It really is a clever number – just when you think you’ve got the measure of the pounding drums and opening verse, the track takes detours which, while surprising, never compromise the track’s coherence. Deceptively challenging, it’s only after repeated listens that it becomes plain that the real chorus of the song is not the repeated set of vocal lines but rather the recurring intricate instrumental section. The momentum of the track creeps up on the listener as the band deftly builds to a brilliantly satisfying crescendo. And all this in under three-and-a-half minutes.