Hot Knives / If The Brakeman Turns My Way 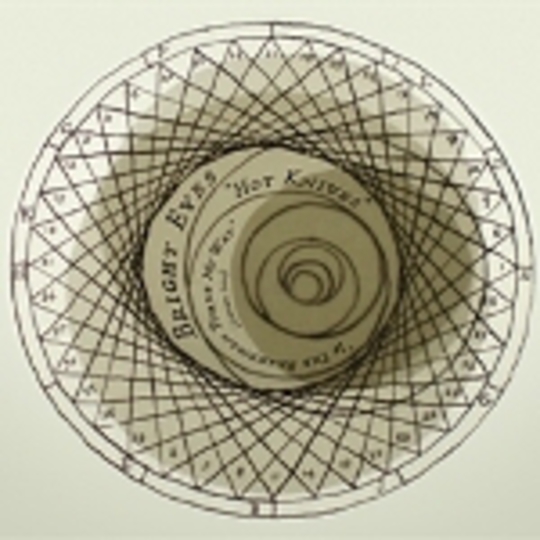 Lying didn't fly for Charles and Eddie, nor does it work for this Spin-weary scribe: prior to about an hour ago I could probably have waxed lyrical on Bright Eyes about as fluently as Jim Davidson could tell you all about tact. You heard correctly: besides the Saddle Creek affiliation, I knew next to bugger all about the man. But, by now, even ol’ Jimbo has the broadband access needed to get with the program and Wikipedia his ass out of said sorry situation, so this small matter of limited education needn’t obscure the revelation of Conor Oberst’s artistic merits.

The solitary thing that these lugs have absorbed – pretty much repeatedly before hearing this single – is that Oberst knows a thing or three about how to shape-shift adeptly when it comes to crafting his records. Characteristic of this skill, Bright Eyes defy the confines of conventional pop and take a sure-footed stroll across space and genre from one song to the next with this double a-side.

Though these songs have been lifted from an album which has so far been talked up in the context of Americana roots, ‘Hot Knives’ shares more in common with the voice of Marc Bolan, albeit masquerading in the strange veil of some kind of galloping medieval bard while strings and oddly distorted guitars ramble to the rhythm of The Beatles’ ‘You’ve Got to Hide Your Love Away’. Similarly, the counterpart, ‘If The Brakeman Turns My Way’, doffs caps all over the show and evokes the melodic flair of The Flaming Lips, Neil Young and Bob Dylan almost perfectly, and the dramatic organ balladry of the intro goes so far as to segue into an immediate recollection of ‘Like A Rolling Stone’.

Should we hold such plagiarism against him? Not at all. As the Nebraskan troubadour carefully sidles up next to the genius of the aforementioned titans, this is evidence enough to suggest that, though the unfair burden placed upon Bright Eyes' collective shoulders by the Wyld Stallyns-type hype could – save the pending single-handed resolution of all Middle Eastern conflict – prove to be as misplaced as Jim Davidson's OBE; the past, present and – perhaps most significantly – the future surely holds plenty else to discover about the ascending talents of this tribe and all their schizophrenic whimsy.

Video for 'Hot Knives'
Log-in to rate this record out of 10
Share on
Love DiS? Become a Patron of the site here »