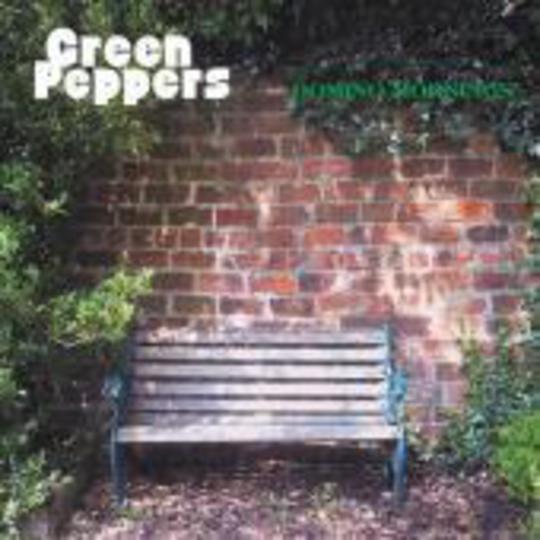 Having flirted with the music business for nearly 25 years now, you'd think Jim McCulloch, aka Green Peppers, would have learnt it's a tough cookie to break. Or maybe just a mug's game?

Then again, for a man who's currently in demand more than at any stage of his career, I guess one more solo album - with a little help from some of his equally (if not more so, in some cases) revered friends.

Probably best known for his work in the Soup Dragons and BMX Bandits but more recently for his contribution to Isobel Campbell and Mark Lanegan's The Ballad Of The Broken Seas, McCulloch proves on several occasions here that he is a pretty adept songwriter in his own right.

Campbell returns the favour here by adding backing vocals and strings across several compositions, while Ross Sinclair and Paul Quinn - both former occupants of the Soup Dragons' drummer's stool - keep the rhythm essentially steady throughout. When added to the vocal skills of Daniel Wylie and Justin Currie (Del Amitri) plus the production talents of Raymond McGinley (Teenage Fanclub, BMX Bandits), the roster of indie legends, particularly from North Of The Border, reads quite impressively.

Musically, Domino Songs, is quite a wistful collection that seems to mirror Isobel Campbell's former employers Belle And Sebastian more than anything McCulloch has been involved in either past or present.

It's tentative in places, such as on the McCartney-esque 'Stepping On The Cracks' or folksy title track. McCulloch seems more at ease on the slightly more upbeat 'Shabby Horses', by far the shining light among this collection, or the acerbic 'I Will Always Be The Same', which delves into country and folk quite admirably without trying to sound like either.

What this album does lack on the whole though is consistency, and although McCulloch is obviously up there with the best of them when it comes to proficient musical arrangements, the fact Domino Mornings is only his second solo venture into lyrical composition in a quarter of a century surely tells its own story.