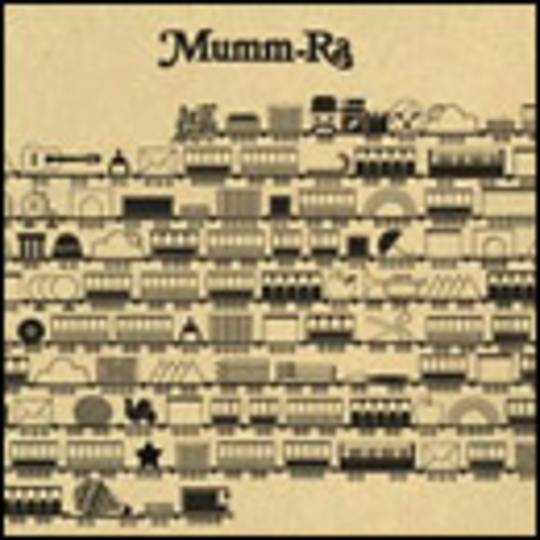 Seven years in the making, you’d think Mumm-ra's debut album would arrive with more fanfare. The masses seem content to stick to their Kasabians and Arctic Monkeys – what market is there for a band who would a) look out of place on the catwalk, b) probably lose to me in a fight and c) make schizophrenic bittersweet pop songs? If you do choose to ignore Mumm-ra, then fair enough. That’s your choice. But it's extremely rare to get such a young band, yet so experienced who make such innovative and just plain damn good pop gems.

In their first incarnation they had a sitar player amongst them. Now streamlined to a five-piece, Mumm-ra have had 18 months to polish and craft their debut release since signing to Columbia. This relatively lengthy period, from the ink drying on the contract to the album hitting the shelves, can partly be explained by the untimely death of the band’s manager. Instrumental in getting what so many great bands fail to – forcing a major label to actually sit up and take notice of you; this was always going to be difficult to process. As a tribute, the band wrote and recorded ‘What Would Steve Do?’, an unabashed and positive ode to the aforementioned, and got it on the shelves as a white label 7”. This proved to be a springboard to the band, who de-camped to Spain to record this, These Things Move In Threes.

So enough of the history – what does it actually sound like? A first listen reveals a disjointed recording, one brimming with ideas and exuberance, but lacking in coherence. A second listen and you find yourself more accustomed to the twists and turns, being taken almost effortlessly from the euphoric opener ‘Now Or Never’, through recent single ‘She’s Got You High’ to the calm yet overlong finale of ‘Down Down Down’. It’s hard to pinpoint when the band are at their best. Certainly, pure pop works well for them – and the aforementioned ‘She’s Got You High’ is pop as it should sound, but they are particularly appealing on their less straightforward tracks. 'Song B' is intense, with urgent guitars and an angry feel. It ends with a fanfare of brass and acapella vocals. It’s ‘The Sick Deal’ which really demonstrates the band’s capabilities, though - the charismatic James New (aka Noo) howling “Oh my Goddddd” as if he’s staring into an abyss of misery and doom. It's balanced with the excellent 'Light Up This Room' and 'Starlight', songs which again scream with innocent beauty.

All things considered then, this is an excellent debut. It showcases a band with bucketloads of potential. Despite its imperfections, it's a thrilling roller-coaster ride of an album that'll make you glad to have it in your life.