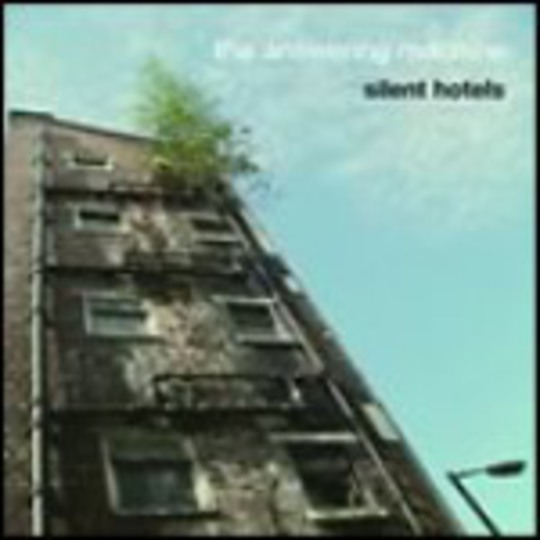 With a crackling opening that nods simultaneously at Pavement and Bloc Party or something similarly wazz-worthy, it immediately becomes tricky to place The Answering Machine's 'Silent Hotels'. There are flighty vocals that are as pleasingly undercooked as those in Pavement's 'Cut Your Hair', but there are also the deadening clichés of the post-punk revival that, truth be told, cheapen The Answering Machine quite a bit. One feels that their pop know-how is utterly present, but stifled terribly by ticking indie boxes all over the place.

'It's Over! It's Over! It's Over!' is much more coherent, sounding like it was written by The Research having ballooned to the size of The Magic Numbers and harbouring more Pavement-isms than Steve West's curls. Though derivative, it's much more desirable than the angst-buttered rasping of the opener. If, by any strange turn of events, you are considering buying the download-only release to hear the bonus track 'The Information', then don't bother. It's boring. The second track, though, that's good. Get that.