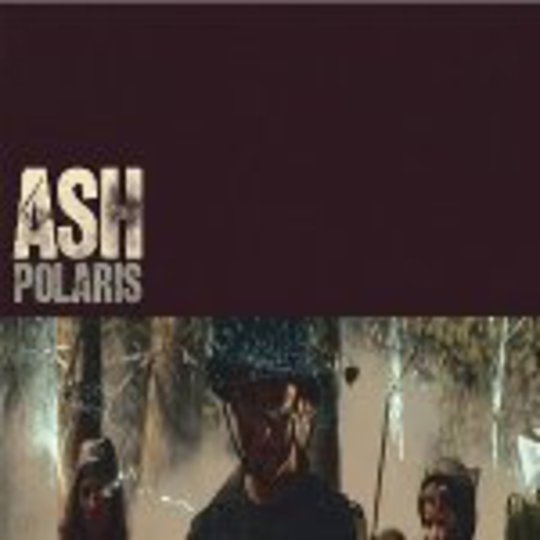 If Tim Wheeler was going to have a solo career, he would have done it by now. Rather than leaving good old Rick and Mark behind, Ash’s songs have become a vehicle to display their frontman’s songwriting maturity. Unfortunately for many short sighted types, development as a musician is often equated with developing a penchant for stadium AOR rock – the more orchestral the better.

But since Free All Angels, this has been typical Ash behaviour. This new single – a precursor to their Twilight Of The Innocents LP – is a bit of thumping pop-rock by numbers affair. It’s no great progression for the band, except for the fact that the spine of the song is delivered on piano rather than guitar. Not just any piano though – it’s Bono’s own ivory tinkling contraption. And, as if touched by the hand of present day U2, ‘Polaris’ is a bit of a plodder, disguising the lack of vocal melody with big rousing strings thanks to a 20-piece orchestra.

As ever, Wheeler puts his lover on a pedestal, blaming himself for an unspecific star-crossed drama. It’s another vague, slightly sappy lyric that could have appeared on any Ash album, and maybe that’s what so disappointing. After five albums, the class of 1994 just haven’t learnt enough new tricks to matter in 2007.

It's Getting Boring By The Sea