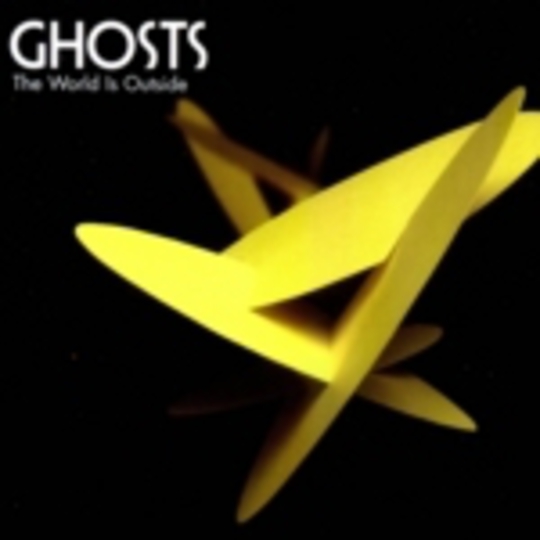 The other day on my travels I saw a guy sporting a t-shirt that simply said ‘Meh’. Oh, thought I, that top describes exactly how I feel about indie bands with no backbone, and here are Ghosts to drive the point home to me.

The prelude to the debut album with which it shares its name, ‘The World Is Outside’ is a fairly tepid combination of some stabbing Eighties synths over a honey-coated lead vocal line which, whilst suited to most musical environments, is ruined by irritatingly cheesy, overly-breathy backing vocals. It’s like the Dandy Warhols’ ‘You Were The Last High’ covered by Savage Garden.

Actually, perhaps that’s too cruel, but I almost feel like I have to make that kind of insulting comparison to get my own back at this song for making me dislike it. ‘The World Is Outside’ washes over you like so much lukewarm bath water, almost uncomfortably so, with no real change in dynamic between the verses, the choruses and the obligatory guitar solo which you already know is waiting for you in the instrumental break even on first listen, and nearly closes with the bass riff from Editors’ ‘Blood’.

Backed by a song that harks back to their days as Polanski, ‘Hate This Music’, this is a single which barely brushes average from a reasonably dull indie-by-numbers band, and whilst part of me feels sorry to give it such a total hammering when its only crime is being accidentally completely uninteresting, maybe if I do so they’ll think twice about doing it again.

Unlikely though, isn't it?