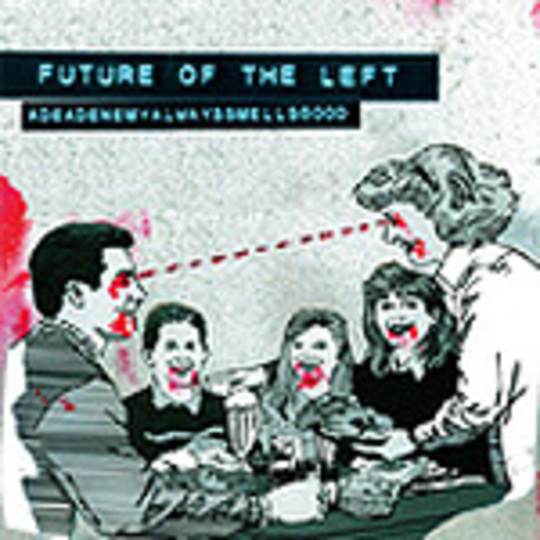 How the hell did we survive before the MySpace / YouTube / mp3 era? Before Shawn Fanning changed the face of the music industry from the comfort of his bedroom, you had to depend on glossies, fanzines and (God!) radio hearsay to keep you updated on the upcoming best and brightest. If there'd been a band out there like * Future Of The Left*, and I'd had to depend on such archaic mediums to get my info, I probably would've gone mad.

Not so today: a plethora of tracks have been showcased on the band's website, and YouTube has a stack of clips (including the exceptional 'Wrigley Scott'). Still, this has been barely enough to tide over the faithful since their last

The single kicks off all campfire sing-along style, with Kelson and Falco repeating what sounds like "roll on / roll on / roll on" as Jack Egglestone keeps time with the drumsticks. Then, the band slams into the track with tight precision, the twin-punch of Falco's guitar and Kelson's bass hammering away against the reeling percussion, packing the track with tension throughout. The release only comes in the final seconds, as the song rips into overdrive. 'March Of The Coupon Saints' sees the bass stride through the centre of the mix, as Falco's jagged guitar line cuts away, with Egglestone's drums stumbling behind.

The only complaint you could level at this disc is that it's all over too quickly; the cuts are sharp, focused and finish just in time leave you begging. So, in fact, it's everything you could want... just short of an album.