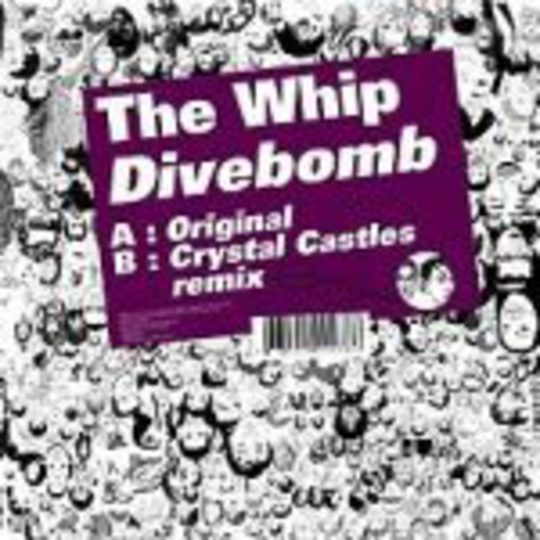 Unfortunately, The Whip are by no means a brilliant band, and ‘Divebomb’ is only strictly average, even if that does make it significantly better than the majority of bands currently peddling the_ “oh look, we use laptops and guitars” chicanery. It’s so utterly, _utterly ‘80s that the main riff is just like, um, ‘Hang Tough’ by proto-boyband and professional guilty pleasures New Kids On The Block. In fact, play it out of some tinny headphones and it sounds like the sort of music that came on when you paused Galaxian on the old Amiga 500.

The shrill beeps and beats that characterise ‘Divebomb’ could easily be off-cuts from a Daft Punk single, and if those Gallic robotwats had released this then it’d no doubt have sold by the bucketload. It’s not bad, per se, but works primarily as homage to the decade of shoulder pads and Thatcherism. Maybe if The Whip put their talents to less derivative use they could be quite interesting.