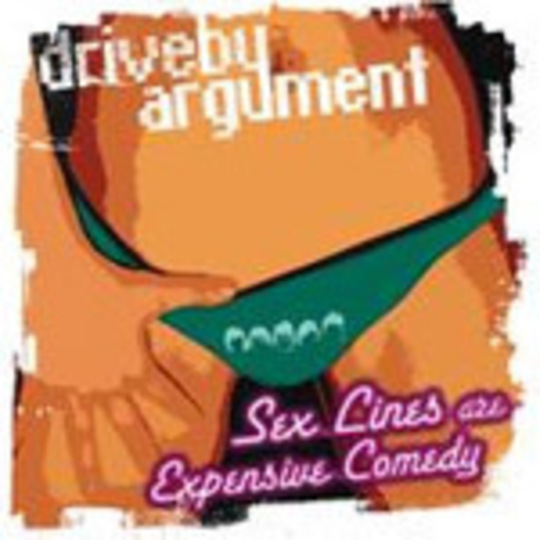 What the world needs now, as Burt Bacharach didn’t sing, is another synth-based indie disco band. By rights, Drive By Argument should be crap, but somehow, almost inexplicably, they’re not. ‘Sex Lines Are Expensive Comedy’ is nothing new, but is nevertheless a slice of pure pop brilliance that sounds equally good throbbing out of some crappy PA at a trashy club as it does making your ears hurt because your headphones are so loud that they drown out the clanking of the Northern Line.

And again, there’s no actual reason for this to be so good. The synth line is of the variety that can be played with one hand leaving the rest of the body to jerk about like a snake being electrocuted, they do the thing where it goes quiet apart from bass, drums and vox before crashing in (such a familiar trick but oh so effective when done correctly), the guitars are functional and decidedly understated… but ‘Sex Lines Are Expensive Comedy’ is so much more than the sum of its parts.

B-side ‘Dennistoun’s That Way’ is far more underwhelming, a more sober and restrained track that could have been left off the last Killers album for not being ‘80s enough (but only just, mind), probably due to the breaksy rhythm that saves it from tediousness. That is, until the last minute and a half when it all goes quite gorgeous and gentle and once again you’re left confounded by Drive By Argument. Why are they ace? No idea. But they are.