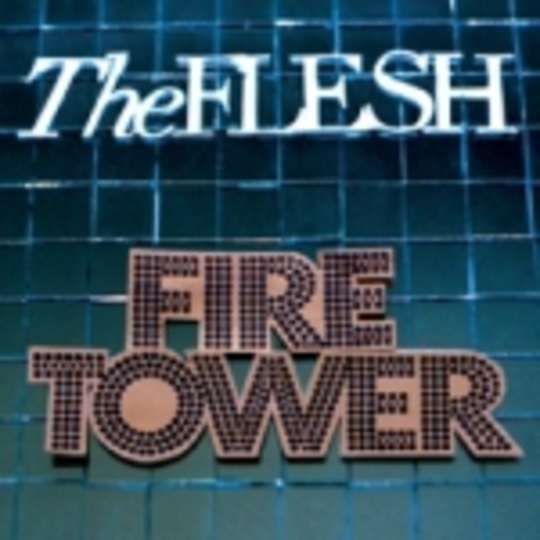 If you met The Flesh in a club you’d think your luck was in. Their new LP Firetower makes all the right moves; it flutters, swoons, smiles and licks its lips suggestively. Christ, it even flashes a bit of thigh as it hankers for your undivided attention. But after half an hour with this Brooklyn/Philly quartet you’ll gaze over to the bar where Karen O, Debbie Harry and Kate Jackson sit guzzling bottles of Jack and realise just how much fun you could be having elsewhere.

That’s not to say there’s anything intrinsically wrong with this record; the doom-laden tales of love and loneliness are pleasant enough to endure, or even hum along to if you must. But from the first shiver of ‘Truant’’s underwhelming indie-pop riff there’s no spark, no connection, just an overwhelming sense of bewilderment and a painful realisation you’ve been duped by a band shamelessly masquerading as edgy, sexy and essential.

Alas, Firetower is none of the above. Instead, it’s a bland, limbless imitation of the idols it reveres. The devilishly titled ‘Cradle, The Brothel And The Bible’ or ‘Hydra and Hercules’ should be loin-burning injections of clinical freakoid power-punk, yet all that’s delivered is unshapely sprawls of tuneless guitars and cluttered percussion, with the former unnervingly showcasing vocalist Gabriella Zappia as a city-ravaged Shania Twain.

There’re moments between the title track’s string-laced splendour and ‘Paradise’’s hook infused throb when Firetower flashes its big brown eyes and you helplessly begin to believe you could love this messy charade. But such short bursts of desire are eventually lost to the sloppy production of sub-standard Blondie romps like ‘Morning Sickness’, a track trying so hard to be sexy it becomes as desperate as a middle-aged housewife in a fully-manned fire station.

And that’s what the key gripe is about this record: the band are so obsessed with mimicking others that they’ve forgotten exactly what they sound like. Sure, all the shameless flirting will no doubt tempt someone into taking Firetower home but, like many a drunken rendezvous, the cold reality of the makeup-less morning is a crushing disappointment.

Light Years To Nothing

A Lily For The Spectre