A Lily For The Spectre 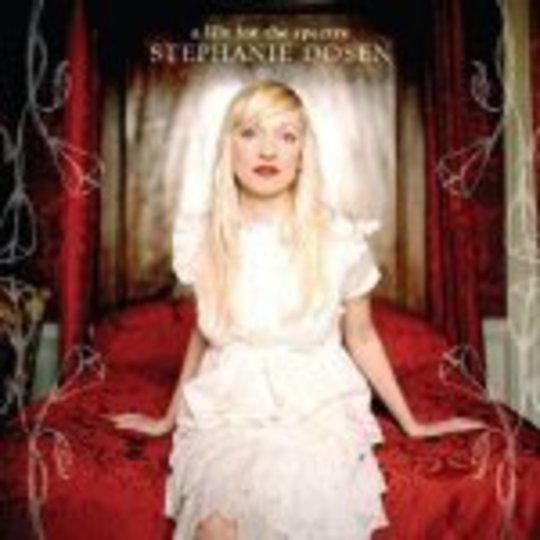 Another day, another Bella Union release that whispers considerable beauty and intriguing countrified narratives for those who are willing to listen. And because it's a Bella Union release, that’s quite a few people. Stephanie Dosen is the latest to fall into this bracket and, also, one of the loveliest. What's immediately striking is the constant and nimble oscillatory guitar picking patterns that Dosen deftly highlights, sweetly burbling across nearly every song assembled here. For most artists, this would quickly become rather stodgy and cack, but A Lily For The Spectre is an admirably varied beast.

Let's go with positives first, shall we? Dosen has (note that I said this) a literally gorgeous voice. At times it swells so cleanly with the instrumentation you'd assume it was sealed to it, like Ronseal to your shed. 'This Joy' is a gentle rollick, somewhere between Nina Nastasia and Laura Cantrell's more intricate moments, but with string arrangements nabbed directly from Nick Drake's bedside drawer. Dosen's milieu is sweet, viscous and actually quite addictive.

Her background as a farmer's girl gone post-country is dear and believable to today's discerning genre consumer and authentic enough, but it is the DIY ethic assembled by the rallied vocal harmonies all sung by herself that charms the most. 'Owl in the Dark' is utterly beautiful and poetic in a vaguely Joanna-Newsom-bears-and-pixies-and-poesy sort of way, but is much more devotional. It uncovers a rewarding and quite unique fashion of expressing archaic themes in a way that would sound great through headphones or even in Starbucks. This is a rare gift indeed.

Negatives, though. You know in Scrubs where JD delivers the moral when all you want is people to fall over and stupid things to happen? The gloopy cloy of some of the tracks on A Lily For The Sceptre is akin to the reverse of this modern comedy phenomenon. When perhaps you'd like her to bite a little more, Dosen croons sweetly and a bit too easily. Frighten us? Tell us how you really feel? Admit something you didn't think you could? Maybe that's for record number two. The record shrieks out for some more ground to be covered and for risks to be taken, but this doesn't detract from its simple beauty.

Stephanie Dosen has a classic voice and a neat knack for pretty songs. This is more than enough for now.