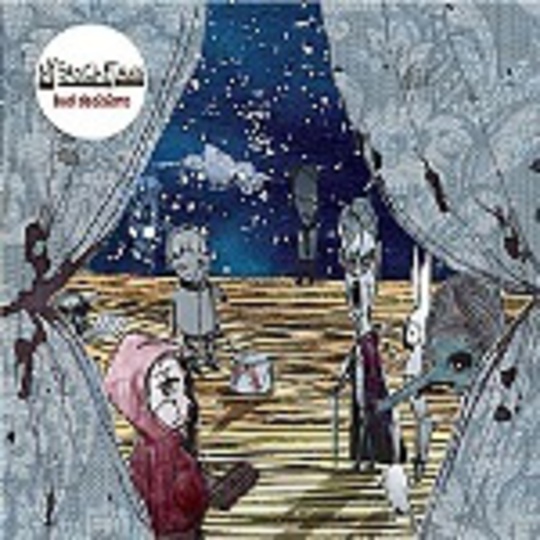 'Bad Decisions', then. Like when that guy had the opportunity to sign The Beatles and didn't because he thought they were crap. That was a bad decision. Russia signing a non-aggression pact with the Nazis in 1939 that allowed them access to the Baltic States. Poland thought that was a very bad decision. Tony Blair joining forces with America to invade Iraq. Lots of people think that was a bad decision, too. These examples, however, sound somewhat moot when you listen to the completely irresistible jangle and comforting heart-yanking of My Sad Captains' debut single.

It's so simple that it's probably already been written, but there's an understated frustration here that certainly hasn't. For this reason, 'Bad Decisions' stands up above its roots in C86 revivalism. Its subtle detailing of disillusionment and dying momentum is lovely, as if Pavement were actually from Crouch End. The B-side, 'Here and Elsewhere', is also rather special, with jarring juxtapositions of woodblock and watery guitars doing more than enough to sweetly make us swoon. But go back to the A-side and catch up on what should be the premium indie dancefloor draw for this summer.