Blink Of A Nihilist 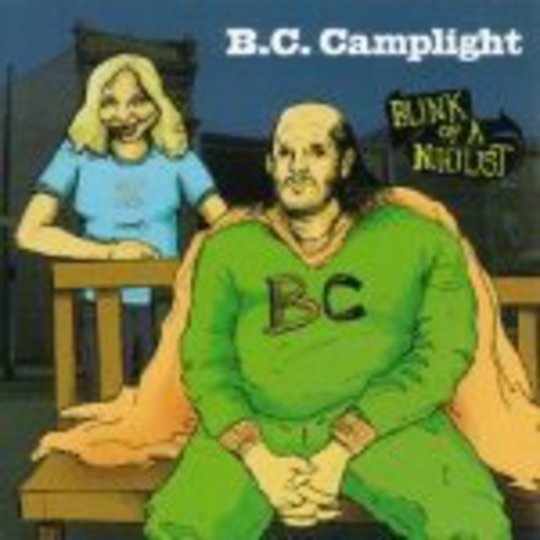 When you hear that BC Camplight (aka Brian Christinzio) has suffered with mental illness, it’s tempting to be cynical. It sounds like a market ploy, not least when you Google him and find every journalist reciting the fact, verbatim.

But this second album of his… it’s just too restless and too fucked up to be the work of a man in full control of his mental faculties. Something inside has broken, and it’s both fascinating and deeply disconcerting. The way this spills onto record is in splashes of colour, like a child slapping paint onto a canvas. Technicolour Beach Boys melodies appear; bold, bright and still dripping.

To begin with, this is the dominant factor, sucking you into what seems to be a rich summer record. But once you’re through the opening salvo of ‘Suffer For Two’ and ‘Lord, I’ve Been On Fire’, the record falls apart: slowly at first, then completely. ‘Werewolf Waltz’ is a brief, skittish instrumental that leads into the woozy ‘Forget About Your Bones’, which continually jerks to a stop when it starts flowing. Suddenly we’re being led somewhere a bit unnerving, with Christinzio crooning “We’ve been living in your basement”. It begs the question: can we go home now?

Blink Of A Nihilist is in meltdown. Shards of bright melody remain, but voids begin to appear; cracks. Lyrical images pop up - horrifying, confusing: “Back in the alley she oozes like a cyst”; “I could come home to bed if you both weren’t dead in the ground”; “If the beast don’t burn your insides / I made apple pie”.

Meanwhile, ‘The 22 Skidoo’ is a song made almost entirely of bleeps and isolated, distant vocals; while on ‘I’ve Got A Bad Cold’, voices are layered like a discordant barbershop quartet over the top of eerie background noises.

It’s hard to say if you’ll_ want _to keep digging this album out - the pop elements have been heard before, and the screwed up parts can be alarming - but you’ll probably still be trying to unpeel its layers of intrigue for many moons to come.