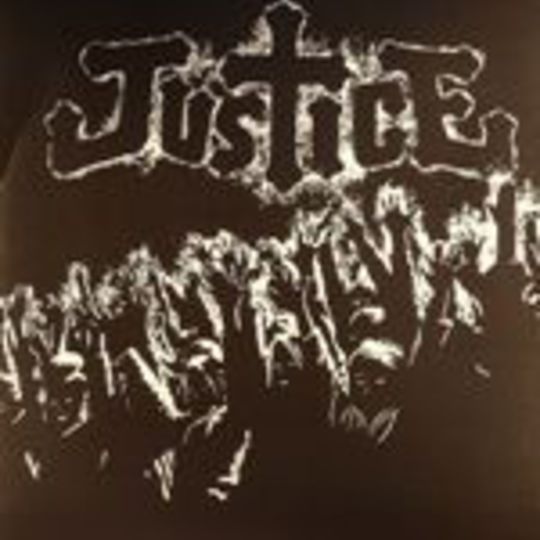 Hands up, London and everywhere else this is pumping from PA systems the size of Berlin: Justice’s party’s in progress and anyone not willing to bump and grind against the posterior of a complete stranger may as well trundle, hunched and rejected, to the shadowy corners of this jumping club-from-anything. Your living room, transformed, within seconds.

Remixers in a not-so-long-ago past life – for everyone from Simian (yes, that song… Kanye, chill out already) to Britney Spears via the duo’s most obvious act of referential comparison, Daft Punk – the men known to their mothers as Gaspard Augé and Xavier de Rosnay have, with ‘D.A.N.C.E.’, produced a standalone slice of smiley something-dance indie-spaff greatness – you do the pigeonholing, I’m too busy having fun – to rival anything Thomas and Guy-Manuel have ever committed to wax… slash mp3 and everything else. Format schmormat: this rocks the set regardless of its casing.

Yeah, yeah, so it doesn’t really go anywhere, nor peak and trough like rock and roll music should, but it’s not rock and roll: this is alien funk from a future dimension, house music with one foot in the sewers of Paris and another aboard the cockpit of some fantastic starship. It’s music to lose yourself to at something o’ clock in the morning at some foreign festival or other, all language barriers down and grand unification successful via the medium of aural sex. I write from experience, here.

Come join me down the front, won’t you?