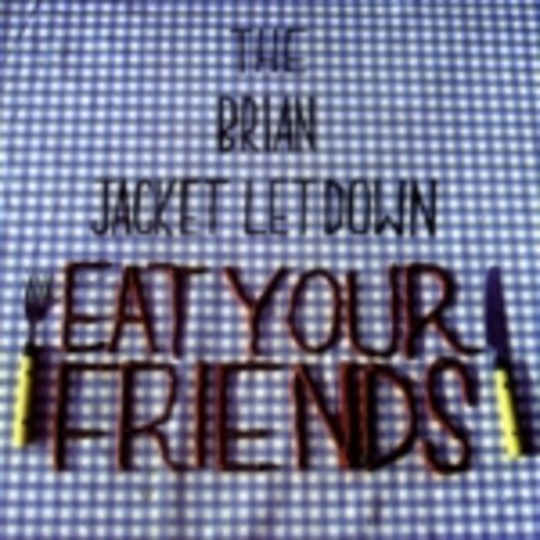 Not to be confused with the similarly-monikered Brian Jonestown Massacre, The Brian Jacket Letdown have their own method of dealing with friends – one which doesn’t involve posting a box of name-inscribed bullets to your house.

‘Eat Your Friends’ may be a bizarre instruction, but it’s no less twisted than the BJL sound, as soft vocals advise you to “eat your friends / but don’t pig out on them” over feet-shuffling folk-rock before dropping their voices low at the end of the chorus, as if they would be proclaiming doom over some heavy, distorted power chord but they only had clean guitar sounds on the day. It’s a bit Super Furries, until you consider the two verses’ faintly-tribal hoo-hah chants, which aren’t really currently like anything.

Flipside ‘Me and My Dog’ continues with the all-round oddness, as the Letdown abandon their folk-rock roots to construct a largely-instrumental piece which sounds almost exactly like it was lifted straight from the recording sessions for Mansun’s Six album. Dogs bark in the introduction before the layered riff in question emerges, with different instruments playing the same part creating a chorus effect. It's followed by an equally-familiar, vaguely-sinister psychedelic breakdown, before the vocals eventually come in to repeat the same line over and over.

Both ‘Eat Your Friends’ and ‘Me and My Dog’ are refreshingly different to more run-of-the-mill indie acts, despite not all the elements sitting very comfortably together. The Letdown, meanwhile, will soon find themselves in a prized position: they can either stay completely mental with ideas that barely work, yet still just manage to hold everything together, or they could be buffed-up by some production genius for commercial appeal. Do not expect this to be the last you’ll hear of them.