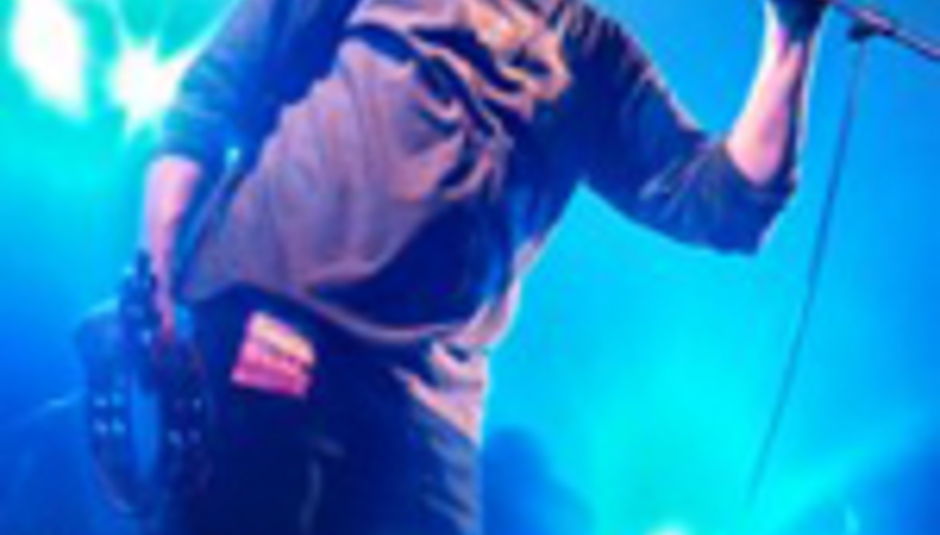 ...Trail Of Dead singer Conrad Keely has spoken to Billboard about the band's upcoming fifth album, the follow-up to 2005's underrated Worlds Apart.

Keely revealed that the mixed reception said record received left him questioning his own future:

"I put everything I had into that record, and recording it was a miserable ordeal. After its reception I was pretty much ready to retire from music and find another career, convinced that I wanted nothing more to do with making music for anyone.

“But when we started this new album, which was meant to be an EP, I had a different attitude. Mainly, I tried not to care at all, and approach it with a more 'I don't give a fuck' outlook."

The album, as-yet untitled, will feature contributions from Dresden Dolls' Amanda Palmer and members of Brothers & Sisters. It'll be released through Interscope on October 2, and the band will tour the States in support. Supporting them will be The Blood Brothers... OH PLEASE LORD let the two tour here, too...

Not that Keely sounds keen to tour, of course:

"I wouldn't mind taking a break from touring all together, and possibly starting a family, somewhere far away like Australia or Venus."

He comments on the album's artwork on July 2 (Keely painted the sleeve for Worlds Apart):
"I'm wrestling with the album art again, this time I've decided to tackle one Biblical theme (Salome), a mythological theme (Oedipus), a theme of American 1950's dysfunction, death, urban isolation, and one theme taken from a science fiction novel. So again, a hodgepodge of unrelated ideas that have no relevance and matter little to anyone outside of this lunatic asylum I'm working from."

Lunatic asylum? Anyone would think the man wasn't having a good time earning his living from rock and roll...