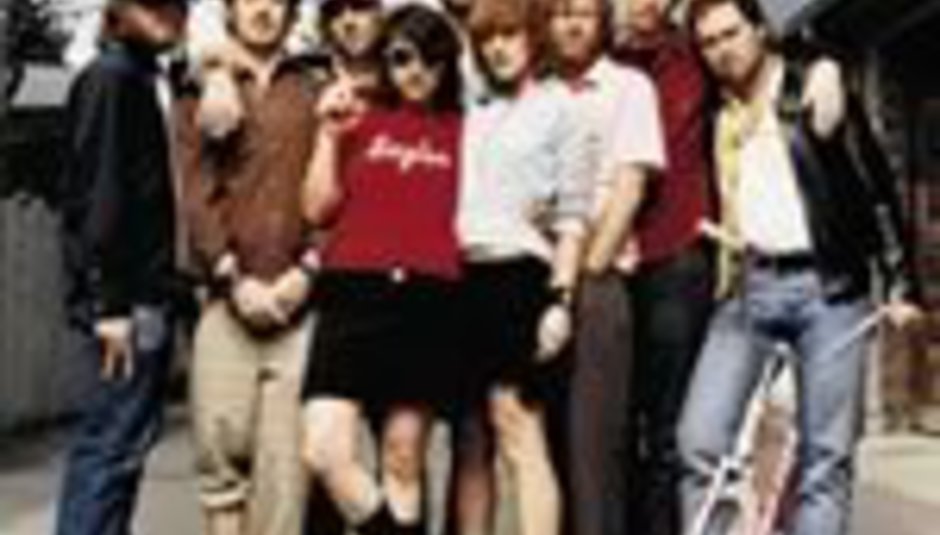 Semi-popular Canadian beat combo Broken Social Scene have announced their intention to rest after fulfilling their upcoming tour commitments. Remarkably, they did not use the words 'Indefinite Hiatus'.

"We just get together and go tour and play live. We've lost a bit of that thing we had at the beginning where we tried to challenge each other a lot more.

"If we kept going, we'd be taking it for granted. Next time, we'd be doing college tours for money. That sucks the music out of you. Next thing you know, you're trying to get teenagers to buy your albums."

All of which begs the question: what's wrong with teenagers?