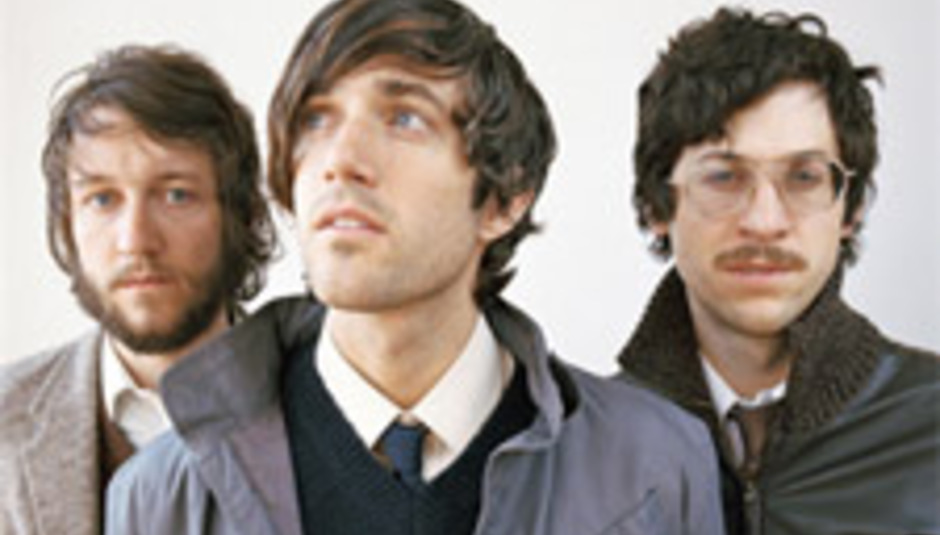 We Are Scientists in NO re-release shocker...

It's the re-release party to end all parties, so come on down Kaiser Chiefs, Editors, Sandi Thom... oh, all o' y'all... except you, We Are Scientists. You're... weird...

Yup, the US pop-rockers have pulled the plug on plans to re-release their 'The Great Escape' single, bucking what's become quite The Trend.

First released last October, the single was due to be the trio's next offering, but WAS's Chris Cain wrote on the fan site What's The Word (click for link):

"We were feeling more and more queazy about a second re-release, cuz re-releases are dumb."

The band have already re-released the single 'Nobody Move'. They're to tour the States in the autumn, alongside The Spinto Band and Art Brut. Not a bad bill at all, that.